Thoughts of Che in Rosario 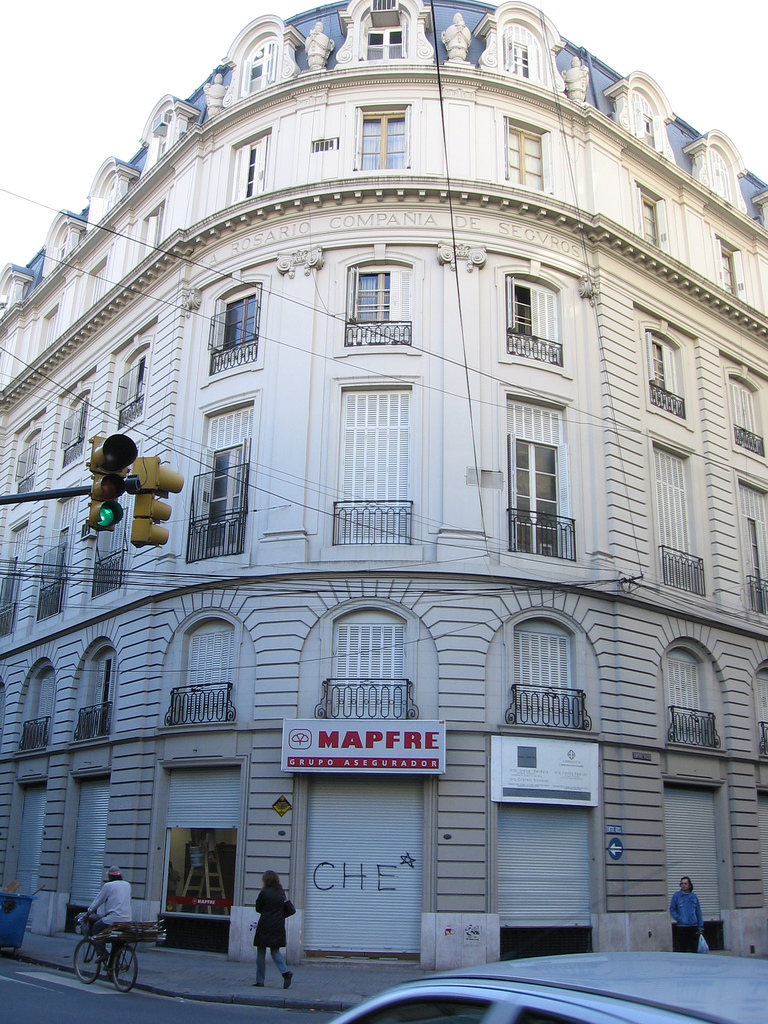 The house where Che was born

There’s no point in being sentimental about these things, I realize. Music that, when it first appears, seems to say something new, gets murdered with repetition, besides being absorbed into the great maw of consumer culture. I remember a coach journey from Athens to London, back in the seventies, when Neil Young’s album Harvest, was played on loop, continuously, along with The Best of Simon and Garfunkel. I never cared for Simon and Garfunkel, and my dislike turned to a raging phobia during the course of that journey, but I couldn’t listen to Neil Young for at least a decade afterwards either.

So on the related theme of yesterday’s post – erstwhile rebels being turned into toothless icons – I went to see the house where Che Guevara was born, here in Rosario, and the building now houses the offices of MAPFRE, a Spanish-owned insurance and finance group. I have a particularly strained relationship with insurance companies, and I am sure Che’s admiration for them would have exceeded my own. Opposite the building, a rather run-down hostel is named after him.

Che was not really from Rosario, he was just born here, by accident, before the family moved to Cordoba, where he grew up. But the city claims him as its son as it is good for tourism and the building where he was allegedly born has been declared a national treasure or some similar term. In fact he was born in a local hospital and only spent a few weeks in this rather luxurious building (both his parents were members of the Argentine aristocracy, and they inherited considerable wealth). Moreover Che’s parents falsified the date of his birth from May to June 1928, as his mother was pregnant when she married Che’s father, and the false birth date looked a little more respectable. The fruit of pre-marital passion was poorly regarded in those times, at least among the social class that Che’s parents inhabited.

In his teens – despite his severe asthma, which he always stoically resisted – and as a student of medicine in Buenos Aires, Che became a keen rugby player, a sport very much associated with the Porteño upper classes. 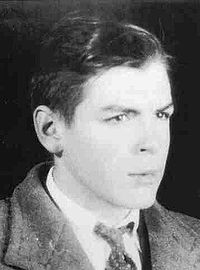 Che’s social conscience was awakened by his reading of Marx and by travelling. He set out on long excursions, first by bicycle, later by motorbike –  as shown in the film The Motorcyle Diaries – driven by an insatiable curiosity about the way that others lived.

The Spanish Wikipedia entry on Che is rather good, the English one less informative, but still interesting.

Rosario has a reputation for a kind of good-natured bohemianism (is that a word?). I find it relaxed and friendly, the kind of place a person ends up without thinking about it too much, and forgets to leave. There are too many places like this. However, wandering around the shops, looking for gifts, is a thankless task: everything is Made in China or Indonesia, and I could be in Cardiff or Stockholm or Cape Town for the variety of consumer goods available. Which, I suppose, in a roundabout way, leads us back to the question of a global village, and all the bullshit associated with being a consumer in the 21st century. Che would be disgusted, I guess, but as we all know, capitalism is the perfect system.

Poetry and the nation

The way it is

Yet another insurance company: 'Where other see risks, we see solutions'. O yeah . . . .

← Mood Music
Montaigne and the acceptance of uncertainty →