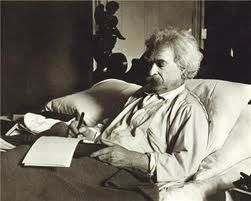 I suppose it’s inevitable that we return to the same themes again and again in the course of a writing career, particularly – as is inevitably the case – the same damn things keep cropping up.

Take illness, for example. From an early age, I linked illness with storytelling. My father was a GP, my mother had been a nurse throughout World War Two, both in London during the Blitz and in what was then called ‘The East’. I grew up listening to medical stories. In the village I would hear people talking about their illnesses. Sometimes I would hear their views (when they didn’t notice I was there) on my father, of what a fine gentleman and doctor he undoubtedly was, but of how they ‘wished sometimes he would take a firmer hand with people and tell them what was what’. I, as his son, had evolved a somewhat contrary impression, but that, of course, is to be expected.

Walter Benjamin speculates somewhere about the possible relationship that exists between the art of storytelling and the healing of illness. I know what he means, and have been circling around it, on and off, all my life, much of the second half of which, thus far, I have spend as a chronic, or recidivist patient.

Many, or most of my favourite writers, have been consistently and wretchedly ill, or bed-ridden, or rather, have spent long tracts of time in bed. Coleridge, De Quincey, Stevenson, Proust . . . I am well aware that, like myself, this list (which could be greatly extended) includes those who are termed to have ‘self-inflicted’ illnesses brought on by their vices or addictions. But until last week I had never read Virginia Woolf’s wonderful little essay ‘On Being Ill’. If indeed it can be called an essay, rather than a series of digressions on a theme. I found a very attractive edition, published on nice paper, by The Paris Press in 2002, with an Introduction by Hermione Lee, which I can recommend.

The essay was first published by TS Eliot in his New Criterion magazine in January 1926, despite his unenthusiastic response to it. The essay was, we learn from Woolf’s later correspondence, written in bed, never a bad place to write, I find personally. But Woolf was concerned: “I was afraid that, writing in bed, and forced to write quickly by the inexorable Tom Eliot I had used too many words.”

“Writing in bed” continues Hermione Lee in her Intro, “has produced an idiosyncratic, prolix, recumbent literature – the opposite of “inexorable” – at once romantic and modern, with a point of view derived from gazing up at the clouds and looking sideways on to the world” – and here I am reminded of E.M. Forster’s memory of Cavafy, as of a man ‘standing [or lying] absolutely motionless, at a slight angle to the universe.’ “Illness and writing are netted together from the very start of the essay.”

But is writing in bed for everyone? How about novelists, the novelists of Big Books? Can you imagine Balzac, for instance, writing in bed? Certainly not: he would rather be charging apoplectic up and down the drawing room, tearing down the curtains and writhing on the floor chewing the carpet.

No, Virginia, has strong views on the ill-wisdom of composing entire novels in bed:

“Indeed it is to the poets that we turn. Illness makes us disinclined for the long campaigns that prose extracts. We cannot command all our faculties and keep our reason and our judgment and our memory at attention while chapter swings on top of chapter, and, as one settles into place, we must be on the watch for the coming of the next, until the whole structure – arches, towers, and battlements – stands firm on its foundation.”

Monsieur Proust, however, might have been inclined to disagree.

If you google ‘writing in bed’ a surprising number of articles appear, including one from a blog by Chris Bell (from whom I borrowed the image of Mark Twain) and by Robert McCrum, about whom I have many reservations, but am open-minded enough to leave this link.

Posted on October 7, 2012 by richardgwyn

← Good things about being Welsh: No. 6 – beating Germany at football, meeting Ian Rush (and becoming a father).
Knowing how not to swim →

3 Comments on “Writing in bed”