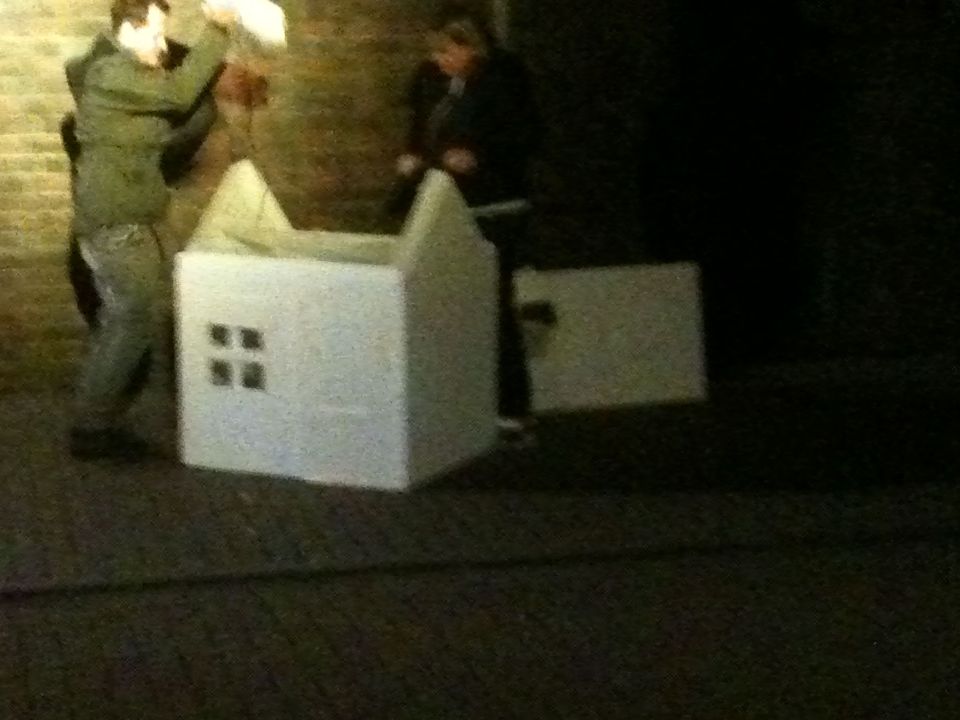 Here is someone trying to set up house under the bridge that runs between Tudor Street and Taff’s Mead Embankment in Cardiff, known – until the council decided to light it up in pretty colours – as Scary Bridge. Actually, my loyal readers will know that this bridge has already featured in Blanco’s Blog before – remember the swan in a bag story? But hang on a minute ….. how on earth are these big people going to fit inside this little house? And why is the man – who looks a little like Stan Laurel, or Rob Howley – wielding the roof in this ferocious manner? Really, I have no idea what is going on here, and that’s the way it should be. It kind of gives me space to improvise.

Sometimes don’t you just want to celebrate all the things you don’t know? Celebrate and give thanks for one’s own incalculable ignorance? What is this incapacity of the human brain to enter into and accept a blissful state of unknowing? After a day of meetings, in which colleagues (as one’s co-workers are nowadays known) struggle to trap mercury snakes, ceramic scorpions and slithering fat pandas, dissect, label and bottle them, so they can be sent to human resources and invested in an FTA progamme (subject to CPR approval), when I am surrounded by people pretending to know stuff that you wouldn’t want to know even if you were paid to know it, stuff that would bore the arse off blue-arsed monkeys, I return home with my head spinning, and in a state of vertigo. Am I exaggerating? Do other people share my feelings about meetings? Or is there simply an as-yet-undiscovered medical condition that specifically attacks the attendees of meetings at institutions of higher education (and no doubt elsewhere) whereby the victims are afflicted by a trance-like state with symptoms including torpor, displacement, excessive irritation (including itching) and possibly distemper (or does the last only affect dogs?). Why does my brain turn to jelly whenever we have a meeting at work? What is the purpose of meetings? Why is it whenever you phone people, there is someone at the other end telling you that the person you wish to speak to is at a meeting? Why can they never simply be having a chat in the next room, or taking a coffee break, or a dump? Why do people constantly lie  about ‘being at a meeting’ in order to make themselves sound more important than they are? Who do they think they are fooling? And as for so-called real meetings, they tire a person out so. I almost always know less when I leave them than when I begin them and I usually feel as though my brain has been sat upon by a particularly well-nourished diplodocus to boot. 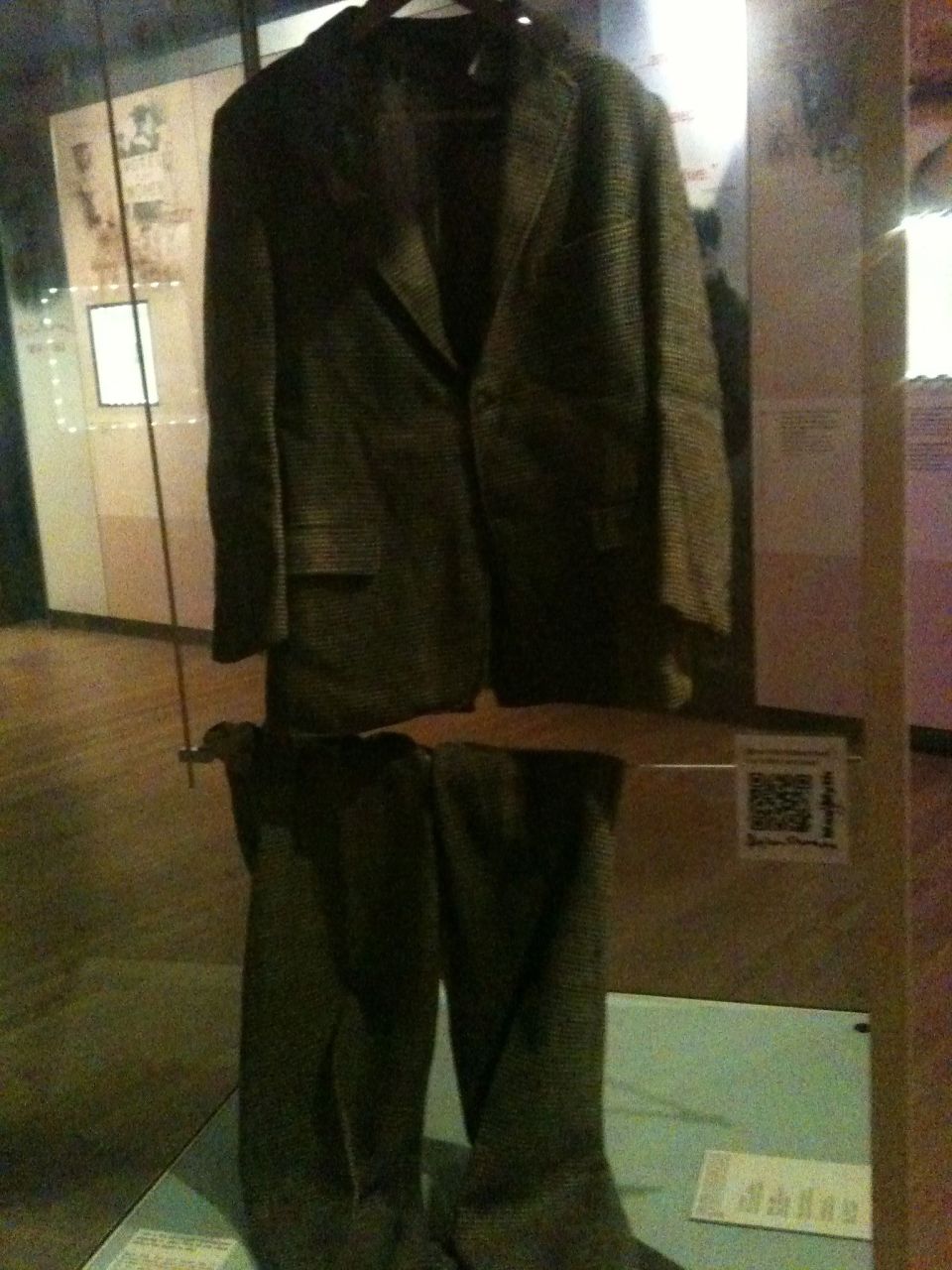 Finally, here – on display last week at the Dylan Thomas Centre in Swansea –  is a picture of the suit that Dylan was wearing in the last week of his life, presumably including the day that saw the downing of the famous 18 whiskies, or however many it was. Who, other than a complete wanker, would count the number of drinks he was downing? I was always suspicious of that story. Not that 18 whiskies is a lot, considering. Anyhow, apparently Dylan borrowed the suit off some fellow called Jorge Fick in the Chelsea Hotel before going off and dying in it. ‘Borrowing’ clothes was one of DT’s preferred activities. He was always ‘borrowing’ shirts after puking all over his own, and as for underwear etc, etc. An ex-girlfriend’s aunt used to go out with Clement Freud circa 1950 and they bumped into Dylan whilst queuing for the cinema in Soho. Dylan, whom they knew slightly, tried to blag the price of a seat from them but they didn’t have enough money. On another occasion, turning up at an acquaintance’s house to bum money/drinks/smokes, Dylan was answered at the door by the owner, who said ‘Sorry, we’re entertaining.’ ‘Not very’, quipped Dylan. Boom boom.

← The first hundred days
Radio Bards and an Homuncular Misfit →

One Comment on “More mind manure plus Dylan Thomas”