I translate principally from Spanish, and have specialised in translating poetry and short fiction. Below are listed some of my publications, beginning with the most recent. 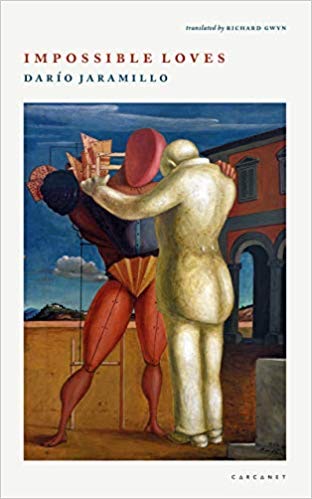 This is the first substantial sampling in English of Colombia’s greatest living poet, and it draws on five decades’ work. Time has been Jaramillo’s key theme, more intensely as he grows older. Impossible and lost loves are another theme, as is violence, and what it does to the human body. Absences and disappearances are part of the mix, all underpinned by a pervasive nostalgia for an idealised, rural childhood. The poems sometimes take place in Bogotá, where the poet lives, or in the mountainous Antioquia region of his childhood, and on occasion in a Colombia peopled by the ghosts of dead friends.

Jaramillo interrogates the humble mango, the rubber tree, the domestic cat. Paradox lies at the core of his work: an only child, the poet’s ‘brothers’ are often wild, chaotic characters, given to excess and self-destructive behaviour. ‘I like to hallucinate in words,’ he said when he won his country’s National Poetry Award in 2017.

The book contains a full afterword.

To order from the publisher, Carcanet, follow this link.

The Other Tiger: Recent Poetry from Latin America (2016)

The Other Tiger: Recent Poetry from Latin America is an anthology of Spanish language contemporary poetry from the Americas. Produced bilingually, with Spanish and English versions on facing pages, it is a welcome addition to the canon of translation, focusing on poets born since 1945.

Richard Gwyn has arranged the poems thematically – ‘Where we live’; ‘Childhood, family & friendship’; Animals and the natural world’; ‘The world we share’; ‘Politics, journeys and exile’; ‘Love, Sex and the Body’ and ‘Violence, decrement & death’  – to cut across nationality and the generations, illustrating the things poets have in common, rather than how they are separated by historical frontiers.

The Other Tiger (the title is a nod to Borges – “the one not in this poem”) consists of 97 poets from 16 countries, born over five decades. It includes work from Argentina, Colombia, Mexico, Peru, Nicaragua, Chile, Uruguay, Venezuela, Cuba, the Dominican Republic, Ecuador, Costa Rica, Bolivia and El Salvador. Among the mix of poets are established names such as Juan Manuel Roca, Daniel Samoilovich, Mirta Rosenberg, Romulo Bustos Aguirre, Clemente Riedemann and Jorge Fondebrider. The younger poets featured include Andrés Neuman, Jessica Freudenthal, Alejandro Crotto and Carolina Davila.

The resulting anthology is a catholic mix that opens a window on to a relatively neglected group of literary worlds. The poems conjure big landscapes and moments of tenderness, celebrate the individual but also engage with the politics of so many repressive regimes in Latin and South America. The Other Tiger vividly reflects the many contrasts present in the lives and literatures of the peoples of this continent.

‘This big, generous, varied and colourful anthology contains a whole continent of marvellous poetry. It is a feat of translation, but also of empathy.’ – Patrick McGuinness

‘This is an indispensable and comprehensive introduction to Spanish American poetry of the last forty years which no reader of poetry should be without. We already know it, thanks to Borges, Cardenal, Neruda, Parra, Paz, and Vallejo, as one of the great world poetries, but what is so exciting here is the deepening sense, as you read on through Richard Gwyn’s beautifully voiced, meticulous translations, of that illustrious pantheon being replaced by a new generation of urgent voices, some old acquaintances, some entirely new – some, crucially, of equal significance.’ – W.N. Herbert

‘An incisive overview of recent, innovative writing we’re not likely to find elsewhere in English. The preface is solid: informative, intelligent, and immensely useful to both novices and old hands; the thematic organization is revelatory and moves us far from the rather pedantic, strictly historical or geographical focus of so many other anthologies; and the translations are beautiful and to the point. This is a book that belongs in every library, private or institutional, that has shelf-space for volumes of poetry. I think Alastair Reid, to whom the book is dedicated, would have been very happy with the tribute.’ – Edith Grossman

‘A magnificent volume . . . The Other Tiger serves as a window on what is, to many readers, still another world. It is a great and generous gift, a legacy that will endure.’ New Welsh Review

‘A rich, multi-layered collection of poetry in translation . . .’ Planet

‘An enthusiastic, full-hearted anthology from a very skilled translator whose versions are a joy to read, vibrant, sympathetic, imaginative.’ Poetry London

‘Three-hundred-odd pages of the most beautiful and exciting poetry I have read in a while . . . Seren should be commended for publishing such a powerful and moving anthology of painstakingly collected work by a new generation of Latin American poets.’ Poetry Wales.

To order The Other Tiger from Seren, please click here.

The Spaces Between. Poems of Jorge Fondebrider (2013)

Jorge Fondebrider is one of the outstanding poets of his generation in Argentina, ushering in a new breeze of modernity in the 1980s after the dark days of dictatorship. Here his distinctive tones – melancholic but never sentimental, sometimes outrageous, other times laugh-out-loud – offer a new perspective on the rich literary conversation between Europe and Latin America.

Jorge Fondebrider has been lucky to eventually find, after three decades of activity, such a precise, natural and sensitive translation. Andrés Neuman

To order The Spaces Between from Amazon.co.uk, click here. 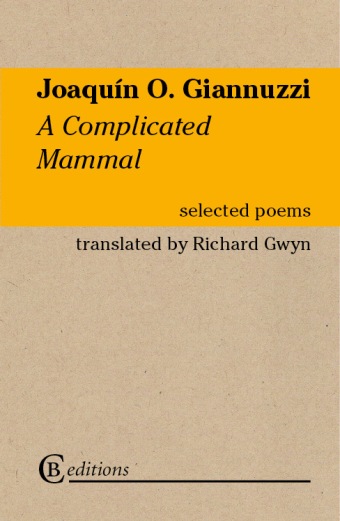 Joaquín Giannuzzi was born in 1924 in Buenos Aires, Argentina, and died in 2004. His ten collections of poetry, written while working as a professional journalist, established his reputation as one of the most admired Spanish-language poets of his time. With quiet intensity, his work attends to the objects of the world – apples arranged in a bowl, a blue cup, the hand of a grandmother – with a mind attuned to their immanence, to the disturbance as well as the apparent finality of their otherness.

Introducing Giannuzzi to British readers for the first time in this bilingual Spanish/English selection, his translator Richard Gwyn writes that he ‘cast a powerful influence over two subsequent generations of Argentinian writers, for many of whom Giannuzzi represents a kind of model, his understated, pessimistic, yet always humane poetry contemplating the tumultuous and, for Argentina, often ruinous second half of the twentieth century’.

‘Do not let the eloquence of Joaquín O. Giannuzzi’s poetry put you off discovering in full his singular, destabilising and pessimistic, but humane take on the world. Or his “pacing the no-man’s-land between the speaking subject and the things of this world”, as Richard Gwyn – his translator and prefacer in this book of selected work – aptly puts it . . . Several times we sit with Giannuzzi peacefully at a window or a table only to be led quietly towards something bizarre, disastrous or shocking. I found these still-lives poised on precipices very powerful. When Gianuzzi speaks of the “constant homicide of creation” this is no empty gesture; it feels very real, placed as it is in Giannuzzi’s calm contemplations. His poetry is always aware of the presence of violence behind a wall, of politics and the turbulent South American twentieth century, without losing its universal qualities.’ – Nia Davies, Poetry Wales

‘The contemporary Buenos Aires poetry scene has its own particular fervour, featuring live readings accompanied by music. But here I will unapologetically recommend a classic, Joaquín Giannuzzi (1924–2004) … there’s something about Giannuzzi’s objectivist poetry of ideas that finds kinship with poems by Eugenio Montale, W.H. Auden, Edgar Lee Masters, Césare Pavese and T. S. Eliot. A musical rhythm also runs through his collections, and it’s unsurprising to learn that Giannuzzi venerated Bach, Handel and Beethoven, as well as Chopin’s Preludes and Schumann’s Kinderszenen … Giannuzzi worked as a journalist, lived out a bourgeois life coloured by historical events at the side of his wife Libertad Demitrópulos (a talented novelist in her own right) and died in the province of Salta, in the north of Argentina.

Readers of English have the option of Richard Gwyn’s A Complicated Mammal: Selected Poems (CB Editions, 2010), while readers of Spanish are recommended to seek out the excellent collection of secondary sources compiled by Jorge Fondebrider, Giannuzzi: Reseñas, artículos y trabajos académicos sobre su obra (Ediciones del Dock, 2010). That volume features essays by writers such as Daniel Freidemberg (“each poem is an unfolded thought, generally jumping off from a concrete image”), Fabián Casas (who notes the “Borgean importance of adjectives” in Giannuzzi’s work and explains his attention to objects is natural as “these are constructed by men and contain at their centre a reason and use”) and Fondebrider (whom Giannuzzi told, in an interview, that “objects are one of my obsessions. They are like secret substances, one of many enigmas … metaphorical language is the only one capable of revealing the world’s meaning”).’ – Jessica Sequeira, Glasgow Review of Books (‘Reads of the Year 2014’).

‘These are great poems, short, modern, dark lyrics by a poet compared by Jessica Sequeira to Montale, Auden, Pavese and T. S. Eliot. Richard Gwyn has done a magnificent job in translating them for us.’ – Martyn Crucefix.

To order A Complicated Mammal from the publisher, click here.