Sleepwalking near the Río Orlina 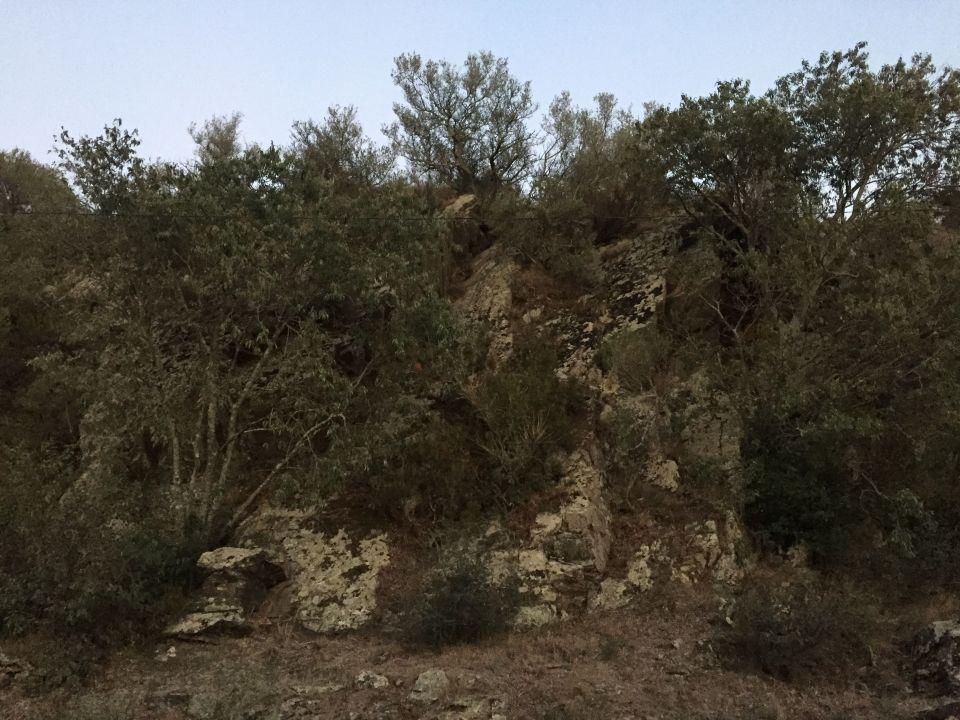 So I am looking at this rock, on my way back from walking the dog to a favourite pool in the river for his evening swim, looking at this rock without any particular intent, and I realise that I am drawn to it, drawn to this small cliff or outcrop, framed by dusty green vegetation, and my reaction to it is a strange one: why am I attracted by this, why does it move me? It feels almost as though it were inhabited. It might be the colours of evening that my phone camera signally fails to capture, the richness of texture and shade; the browns and greens and the hint of blue. It might be that peculiarly faculty that certain peoples – notably indigenous Australians – attribute to specific places because they are haunted by or have become the presiding force of some human or animal spirit. In fact Proust mentions it near the beginning of À la recherché du temps perdu:

I find the Celtic belief very reasonable, that the souls of those we have lost are held captive in some inferior creature, in an animal, in a plant, in some inanimate thing, effectively lost to us until the day, which for many never comes, when we happen to pass close to the tree, some into possession of the object that is their prison.

And then I remember that only yesterday morning I was thinking of rock, or rather was struck by the image of blue rock, or slate-blue rock, that seemed to be drawing me in, it was in a kind of waking dream, and then – as if to corroborate the thought – later in the morning I read, in an article by Michael Wood, this quotation from Claude Lévi-Strauss’ Tristes Tropiques:

‘Every landscape offers, at first glance, an immense disorder which may be sorted out howsoever we please. We may sketch out the history of its cultivation, plot the accidents of geography which have befallen it, and ponder the ups and downs of history and prehistory: but the most august of investigations is surely that which reveals what came before, dictated, and in large measure explains all the others.’

In other words, as should be clear: geology is the base model of all things. The most ‘august of investigations’ are therefore those made by the geologist. And for Lévi-Strauss, this becomes a pervasive metaphor, or a mode of representing ‘structures’ as though they were essential, fundamental to the whole of his theory.

In my confused and semi-conscious, sleepwalker’s way, maybe I was doing something similar: bumping into physical aspects of the universe that seemed somehow to correspond with images originating in the inner world of the mind. Though I take no credit for it, and it proves absolutely nothing; does not even tell a story. So I add to the stone outcrop or small cliff with two pictures that help narrativise my walk back to the village: the winding path connecting with the St Quirze road – and the almost full moon. The way home. 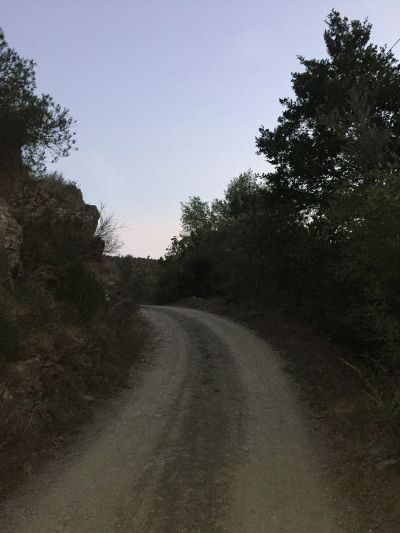