The land is unholy. It starts to the south east of the village, a kilometre or so along the road where the earth smells of burning metal, an acrid carbon overlay not carried on any breeze but dense within the pigment of the air, the soil a black and ash-smeared crust. No birds. Then, intermittently, bewildered trees, their snowy leaves incongruous under the August sun, shades of grey and copper, magenta, and colours that do not have names except in an alchemist’s almanac, colours that exist only in the immediate aftermath of fire and which still cast out a dead heat. To walk out into this, to step on this unholy ground would be wrong: this wasteland needs to be uninhabited by creature forms. This is the burned-out anteroom to some terrible memory. A couple of years ago, not far from here, a bush fire like this claimed the lives of eight firefighters, cut off and encircled by flames that move faster than a charging bull, swifter than a running deer. When fire comes this close the balance of mortality tilts.

In the top picture the village is visible in a gap between the trees; the bell tower, a few red roofs. 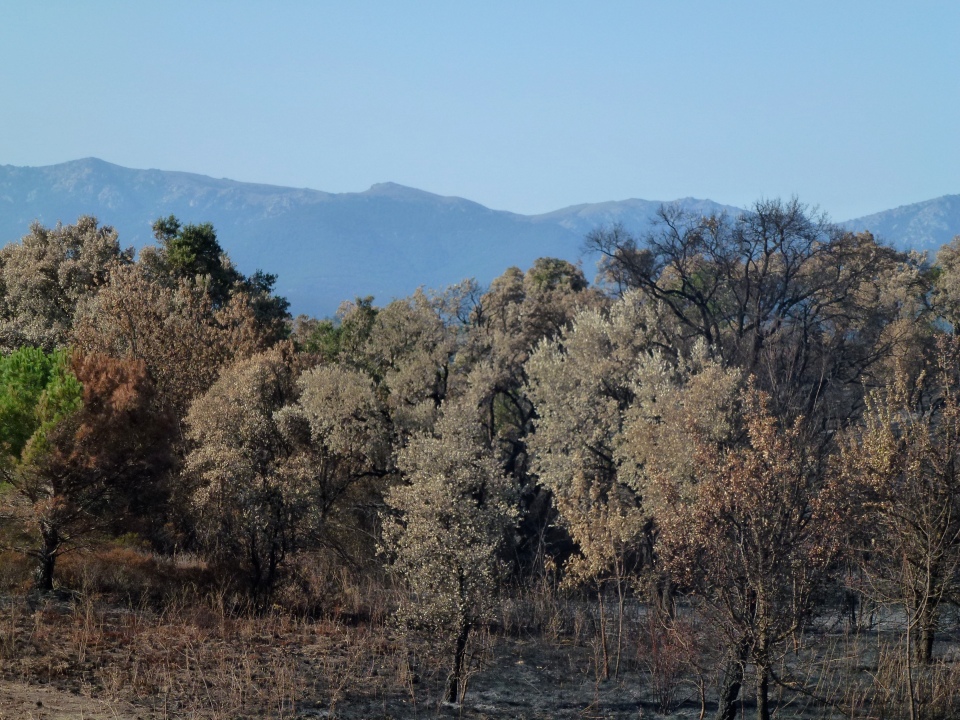