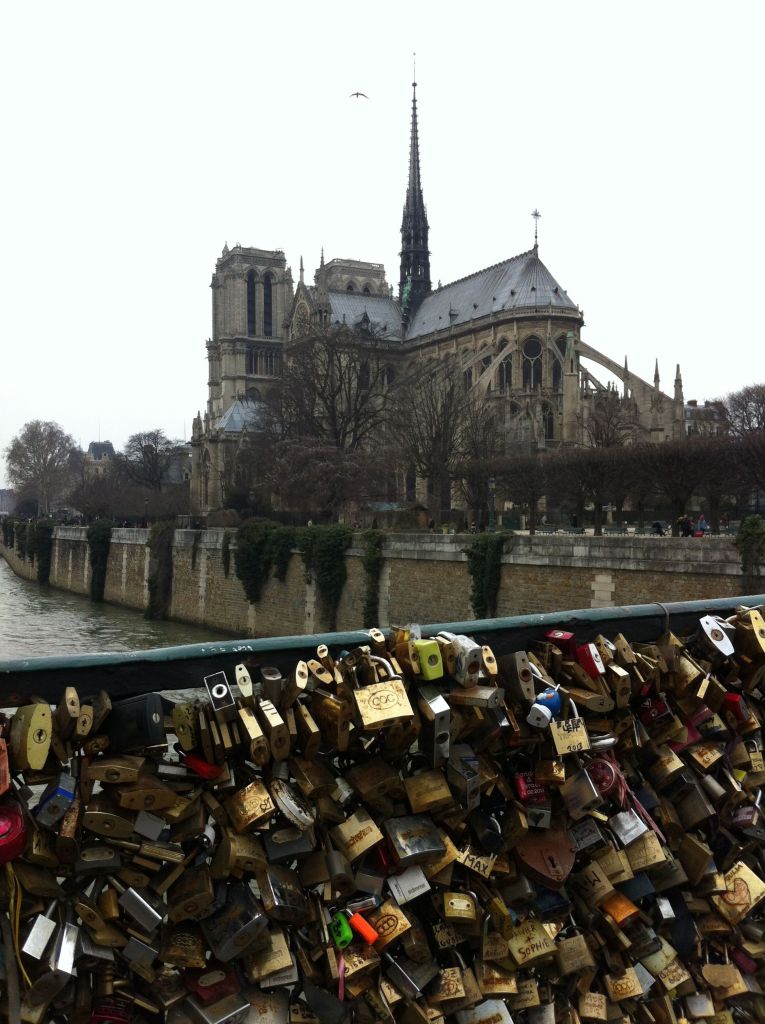 So I’m crossing a bridge, to get from A to B, and suddenly I’m on a film set. No, let’s correct that: I’m on a rolling series of film sets. This is what happens on a brisk stroll around central Paris. First, a polka through the old Jewish quarter, Le Marais, then across the river via the Pont des Arts (Le Fabuleux Destin d’Amélie Poulain, The Bourne Identity) as shown here in my artfully contrived photo, where lovers place padlocks, cadenas d’amour, in order to imprison the object of their desire for perpetuity. Then to lunch at Le Polidor, made famous by Woody Allen’s Midnight in Paris. 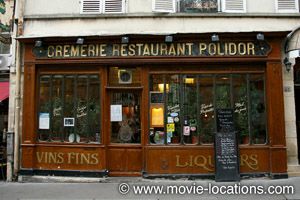 I am pleased to report that our waitress lived up to my wildest expectations, embodying the French talent for what foreigners erroneously believe to be rudeness (a kind of exaggerated politeness, dressed with venom) which is actually something quite different: it is, as I discovered – and it took me years to work this out – a direct challenge to the interlocutor. It says: how are going to take this? Lying down like un wimp, or joining in with a bit of callous and vituperative banter of your own? If you opt for the latter, you cannot lose. If you succumb to the former – the classic anglo-american mistake – you inevitably feel maltreated and offended. So join in, dammit! Throw back a few witty and sophisticated remarks of your own, not forgetting to smile charmingly as you do so. It cannot fail. 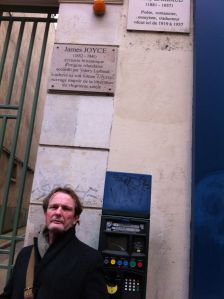 Later in the afternoon, after strolling past the houses once occupied by Joyce (a British writer of Irish Origin?) and Hemingway (but also, and perhaps more significantly, Pound) what could be merrier than a crêpe, in a crêperie which my Argentinian companion, Jorge, assures me is the only place in Paris that serves dulce de leche – which I must admit I find hard to believe – in Rue Mouffetard. 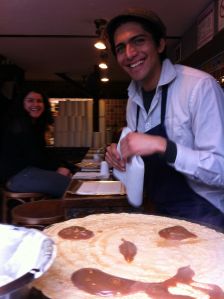 Also recognizable from Amélie in Rue Mouffetard is the seafood stall at the bottom of that street, which nagged at my memory from I knew not where, but now I do. 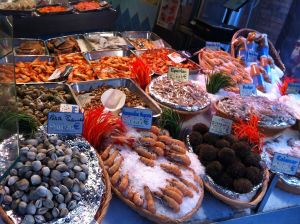 It’s quite possible that a short walk around the fifth arrondissement satisfies the needs of all five senses more rapidly than anywhere else on earth. But who knows, perhaps I’m just biased.

← The Losers’ Club
Tales of the Alhambra (or thereabouts) →

6 Comments on “The Accidental Tourist”