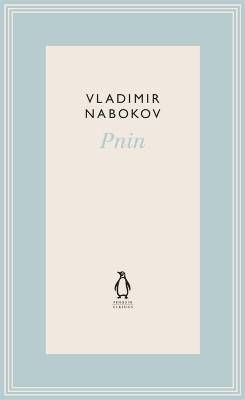 Reading Nabokov’s Pnin, I spend a while deliberating over a passage in which the hapless Pnin, who teaches Russian in an American university with no requirement for a Professor of Russian, meets a Professor Wynn – a name, in Welsh, that comes about through the soft mutation of my own:

On the day of his party, as he was finishing a late lunch in Frieze Hall, Wynn, or his double, neither of whom had ever appeared there before, suddenly sat down beside him and said:

‘I have long wanted to ask you something – you teach Russian don’t you? Last summer I was reading a magazine article on birds – ‘

(‘Vin! This is Vin! said Pnin to himself, and forthwith perceived a decisive course of action) . . . .

At the party which follows, held at Pnin’s rented house, it transpires that ‘Wynn’ is not who Pnin thinks he is, but a Professor T. W. Thomas. T Wynn. Or Twynn. Or twin. Or a doppelganger for Pnin.

Since Pnin’s story is being narrated by someone who only makes an appearance in the final chapter – and who, moreover, is someone Pnin is eager not to meet (they have known each other, according to the narrator, since their childhood in St Petersburg, a detail which Pnin denies).

All this is most distressing, for reasons I cannot quite ascertain. But what strikes me is the symmetry with which Nabokov casually drops in the Pnin/Wynn/Twin motif, and then abandons it. After the party:

‘Good-bye, good-bye, Professor Vin!’ sang out Pnin, his cheeks ruddy and round in the lamplight of the porch . . .

. . . . ‘Now I wonder why he called me that,’ said T.W. Thomas, Professor of Anthropology, to Laurence and Joan Clements as they walked through the blue darkness toward four cars parked under the elms on the other side of the road.

‘Our friend,’ answered Clements, ‘employs a nomenclature all his own. His verbal vagaries add a new thrill to life. His mispronunciations are mythpoeic. His slips of the tongue are oracular. He calls my wife John.’

Mythopoeic his slips of the tongue may be, but it strikes me as only natural that a character whose existence lies in the hands of an unreliable narrator should himself create his own erroneous double (Vin! Vin!), while ignorant of the fact that one’s double, of course, has a double of his (or her) own.

← Montaigne and the power of the imagination
The use and abuse of similitude: the case of Pnin (continued) →