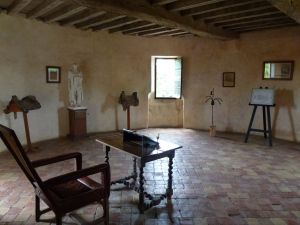 ‘Habit’ according to Samuel Beckett, ‘is the ballast that chains the dog to his vomit’: and it is precisely what Montaigne seeks to uncover and dismantle in his essays. He does this in various ways, but one of his favourites is to run through apparently marvellous and diverse customs from distant cultures in order to convince his readers that what they take for granted is only a matter of what they are accustomed to. As he himself put it: ‘Everyone calls barbarity what he is not accustomed to.’ His essay ‘Of Custom’ discusses, by turn, the question of whether or not one should blow one’s nose into one’s hand or into a piece of linen; how in a certain country no one apart from his wife and children may speak to the king except through a special tube; how in another land ‘virgins openly show their pudenda’ while ‘married women carefully cover and conceal them’; how in other (unspecified) locations the inhabitants ‘not only wear rings on the nose, lips, cheeks and toes, but also have very heavy gold rods thrust through their breasts and buttocks’; how in some nations ‘they cook the body of the deceased and then crush it until a sort of pulp is formed, which they mix with wine, and drink it’; where it is a desirable end to be eaten by dogs; where ‘each man makes a god of what he likes’; where flesh is eaten raw; where they live on human flesh; where people greet each other by putting their finger to the ground and then raising it to heaven; where the women piss standing up and the men squatting; where children are nursed until their twelfth year; where they kill lice with their teeth like monkeys; where they grow hair on one side of their body and shave the other. By blasting his reader with these numerous examples of apparent strangeness, Montaigne makes them question the practices which they habitually regard as unquestionable and normal in a new light. Indeed, he raises many of the issues that cultural anthropology began to tackle four centuries later, and he can safely be regarded as an early relativist. When he had the opportunity to speak with some American Indians from Brazil, the Tupinambá tribe, of which a delegation was brought before the court at Rouen, he was not simply concerned with ‘observing’ them, as though they were rare specimens of primordial life: he was much more interested in recording their amazement at their French hosts. The observers observed.