Life as an act of translation 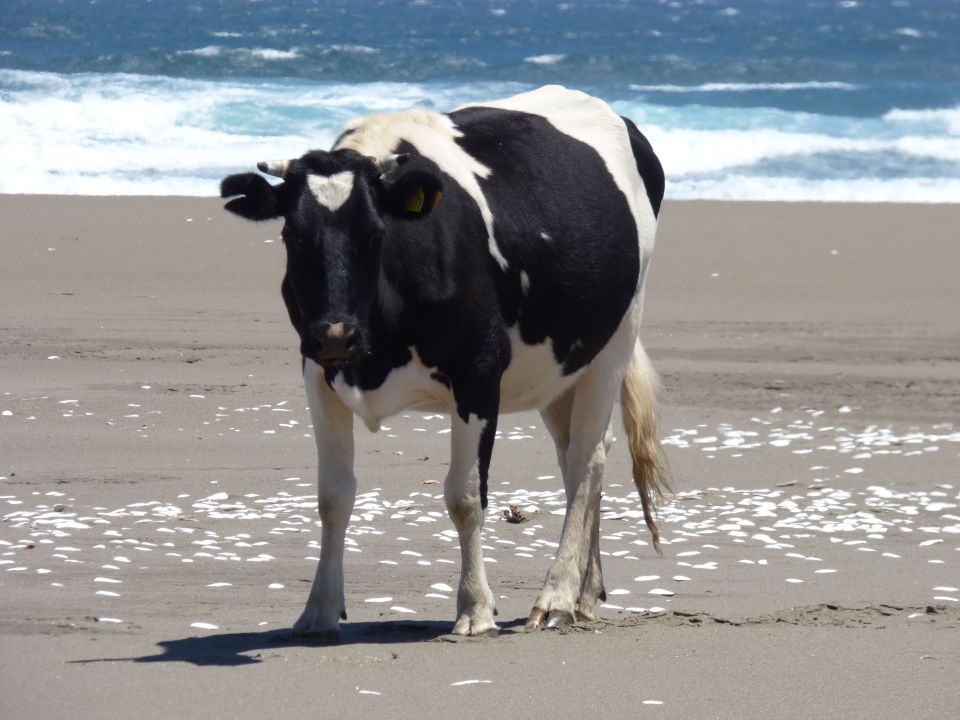 Many and varied are the approaches to translation, and numerous its unsought consequences. There are those who become obsessed by the process even at the cost of progressing to the end of a piece of work. It doesn’t matter: before very long, everything becomes an act of translation.

So, after four days, we translate ourselves to the coastal park, the Reserva Costera Valdiviana, for the weekend. The land is given over to the Mapuche people and building is prohibited within the park zone. There are eight of us on the trip, and the plan is to rent cabins for the weekend. We arrive on Friday evening where we are greeted by our hosts, Teodora and Julio, who prepare pulmay, a dish cooked in layers of pork, chicken, sausage, chorizo, potatoes, and topped off with a thick layer of a shellfish called cholgas and choritos. This is a very good start.

In the morning we drive to Chaihuín, then south towards Laguna Colún along an unmade forest road for an hour, having to stop several times to move logs across the track, where the mud has piled thick. When the road runs out we walk through the forest, curving down towards a broad expanse of high dunes, overlooking the sea. There is practically no one here. Miles of unspoiled, empty beach. But what I hadn’t counted on were the cows, grazing, it would seem, on the beach, except that there is no grass, only sand. They come there for the algae, of which there are two main kinds hereabouts, cochayuyo (the large octopus kind) and lugo. The cows look pretty relaxed on the beach, even though they don’t seem to be making much effort to find the seaweed, of which there is plenty along the shore. 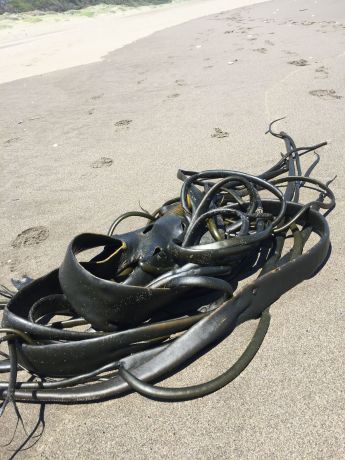 Cuchaluyo seaweed disguised as an octopus to distract the cows 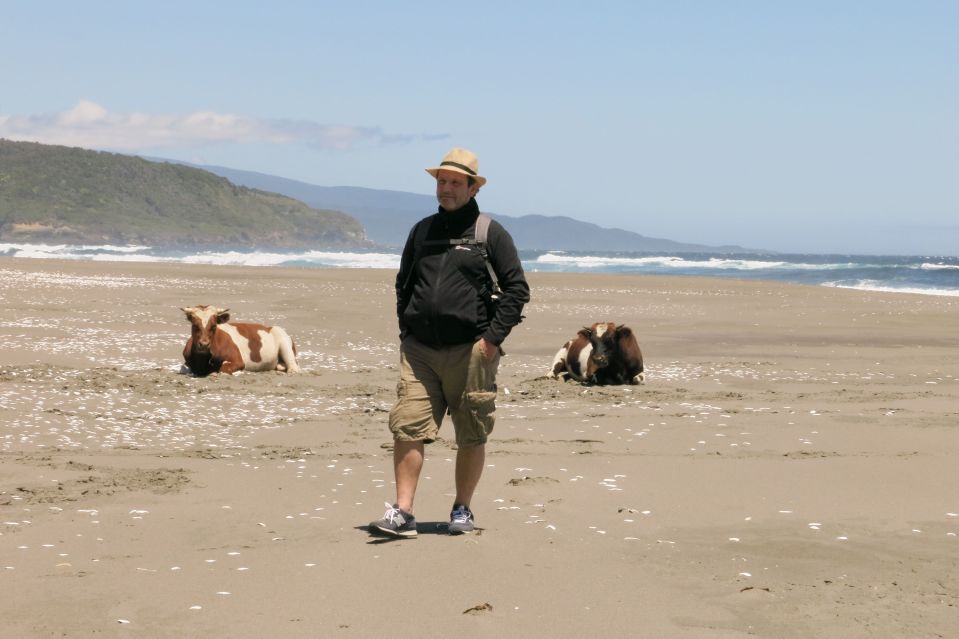 Blanco with bored cattle on beach

The only inconvenience is the flying insect known as the  tábano negro, and colloquially as coliguacho. You must not wear dark clothes: if you do they will hunt you down and harass you for the whole journey. If you wear white, they will ignore you altogether. Almost every beautiful place seems to harbour some resident bug whose only purpose is to persecute and sting people. I have foolishly brought a navy blue fleece, but I take it off soon enough, and my pale t-shirt holds no interest for them. 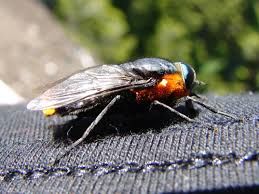 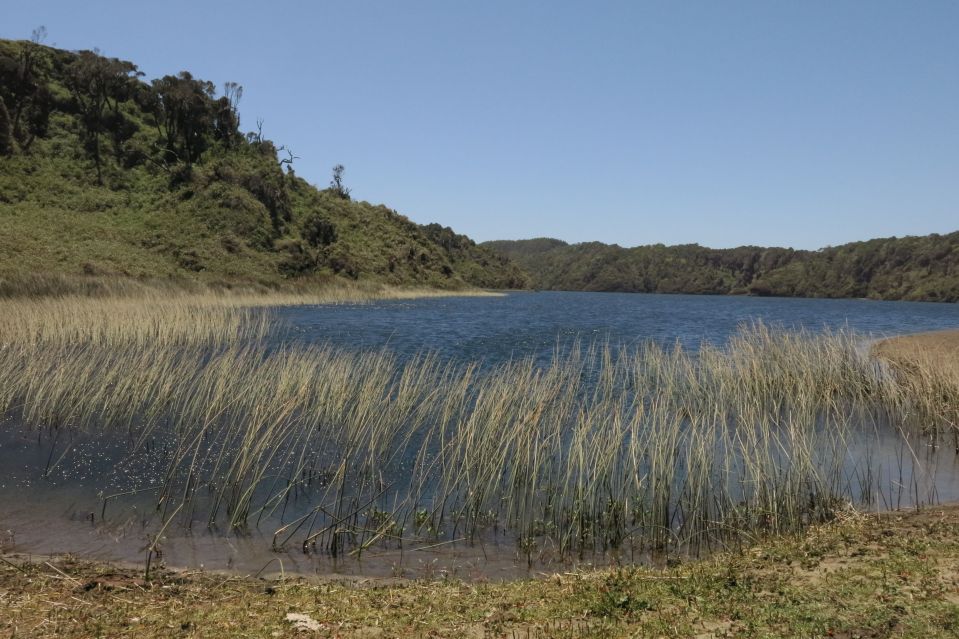 We turn inland in the direction of an inland lagoon named Colún, where the plan is to swim, although, in the event, it is far too cold and windy. So our self-appointed guide tells us we have to cross more dunes – a frustrating and exhausting venture in which you slide down two metres for every one you climb, then – after a traipse along the summit of the dunes – towards green pastures; in fact, towards a grotto, somewhat alarmingly called the cave of the vulvas. The cave turns out to be more or less what it says on the label: a dark cavern filled with fissures carved into the rock and some aboriginal art. A battered lectern outside surprisingly provides information in both Spanish and English translation, but omits to inform who originally made the drawings and carvings inside the cave, or why. The place has not yet been properly researched or carbon dated. One of my companions says it was used as an initiation chamber by the indigenous people of these parts in pre-Hispanic times, but I no longer know what to believe. Climbing the dunes and sliding down the other side only to enter the cave of vulvas has made me dizzy. And there is still a long walk back, past the still motionless cows. 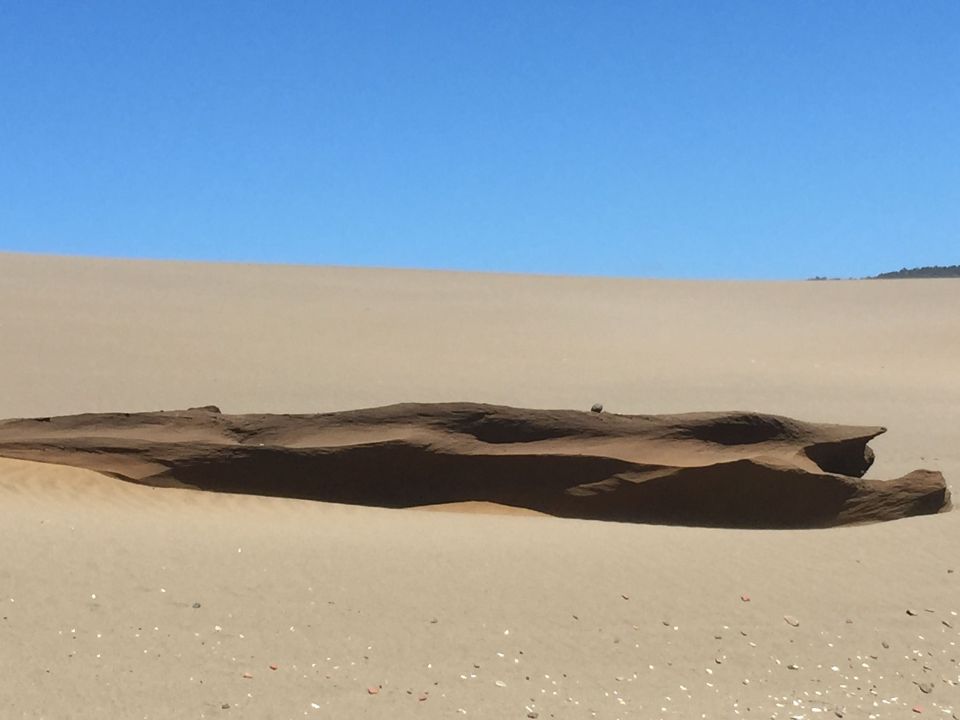 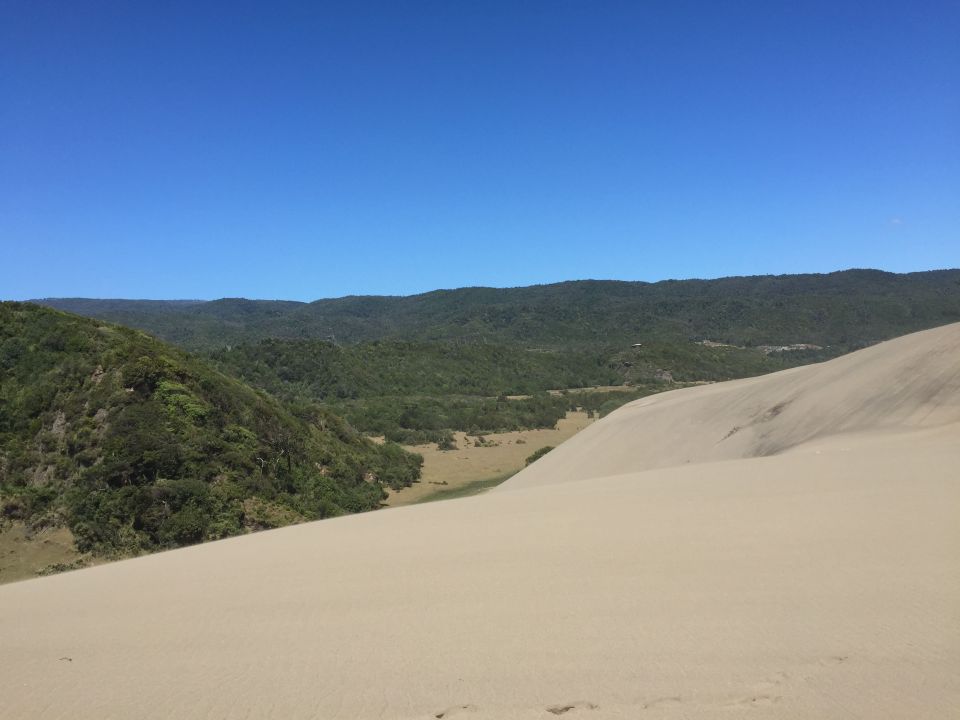 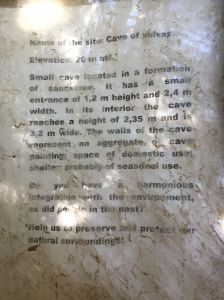 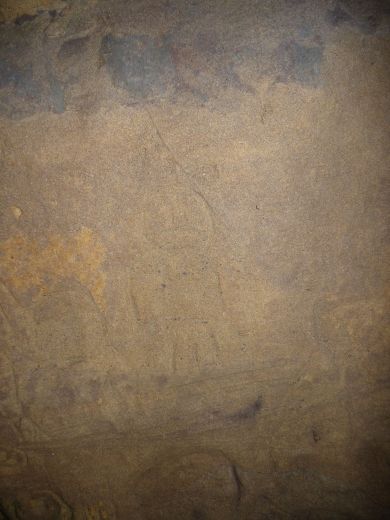 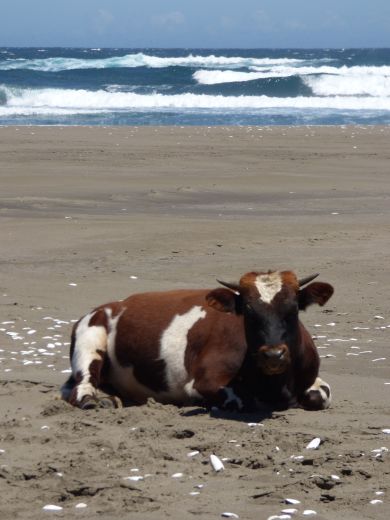 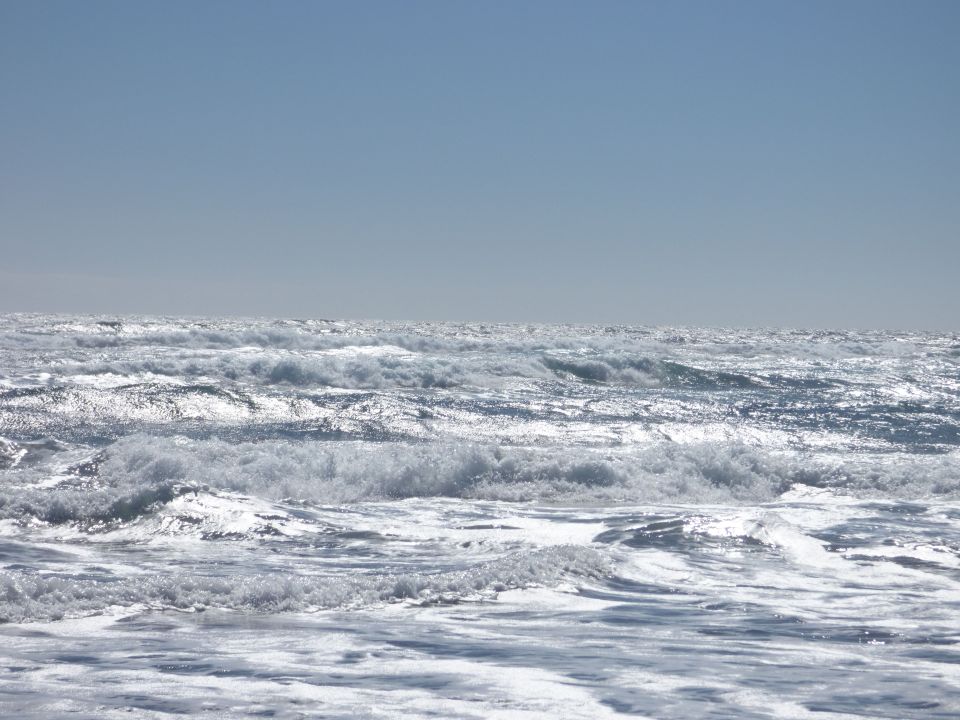