A short walk in Montevideo 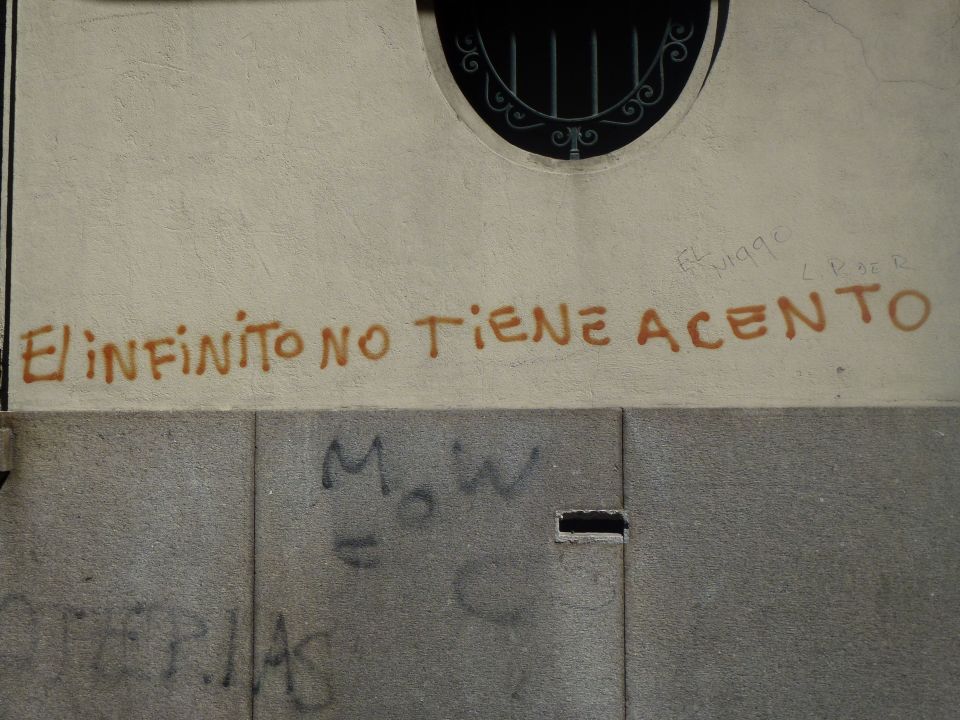 The infinite has no accent

So yesterday I was talking about how people often judge a speaker by the way they speak, my point being that some listeners go into a kind of paralysis when confronted by a strange or foreign accent. So I wander into the centre of Montevideo and find graffiti that puts an interesting slant on the discussion. It translates as:

THE INFINITE HAS NO ACCENT

This made me very pleased. I am not sure the phrase means anything, but it sounds pretty.

A wide road called the Rambla curves around the south edge of the city, bordered by the vast River Plate, which you would be forgiven for thinking of as the sea. In the midday sun (it is the start of spring here, but like a July day in the UK) people are sunbathing on the low parapet at the edge of the pavement: there is a drop of a few metres and then a narrow beach and the river. Most people are clutching mate and a flask (Uruguayans are always drinking mate). I am walking quite briskly, but begin to absorb waves of lethargy from the sun lizards.

Half way into town the Rambla Argentina turns into the Rambla Gran Bretaña and to my considerable suprise, there is a large bust, on a plinth, of the onetime British ambassador, Sir Eugen Millington-Drake, described in Spanish as ‘a loyal friend of Uruguay’. Millington-Drake was ambassador during the battle of the River Plate, when the German cruiser the Admiral Graf Spee was scuttled in Montevideo harbour. The Graf Spee posed a major threat to Atlantic shipping in the early days of World War Two and had already sunk numerous vessels in 1939-40. Convinced by false reports of superior British naval forces approaching his ship, the Graf Spee’s commander, Hans Langsdorff, ordered the vessel to be blown up and on 20 December 1940 laid himself out on the ship’s ensign togged out in full dress uniform and shot himself . Apparently part of the ship still remains visible above the surface of the water in the harbour.

Three cheers for Millington-Drake, cast now on a stony plinth. 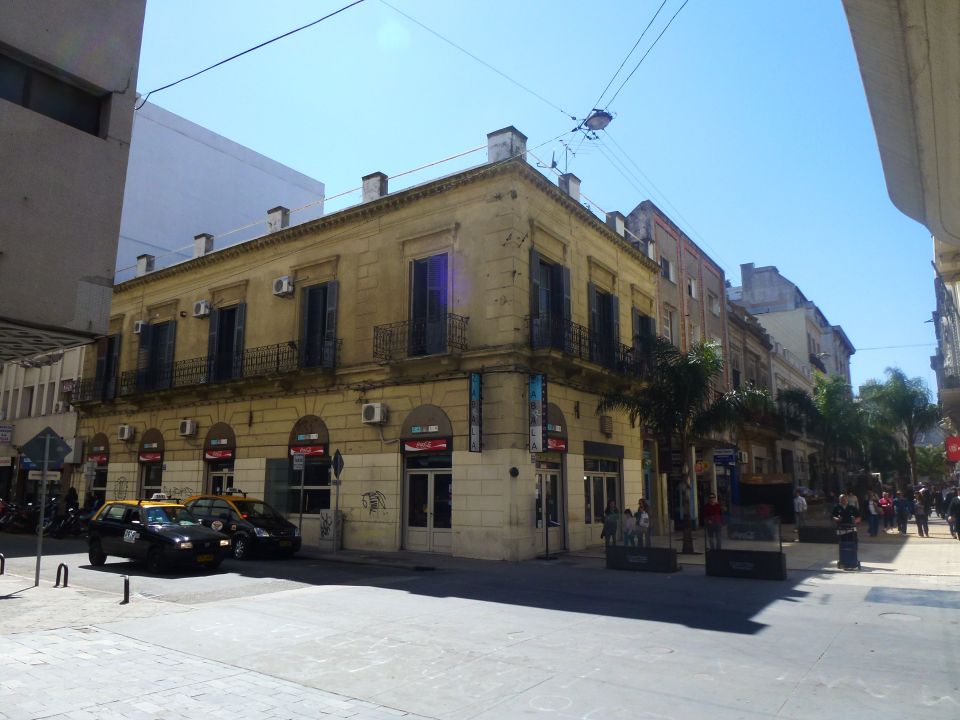 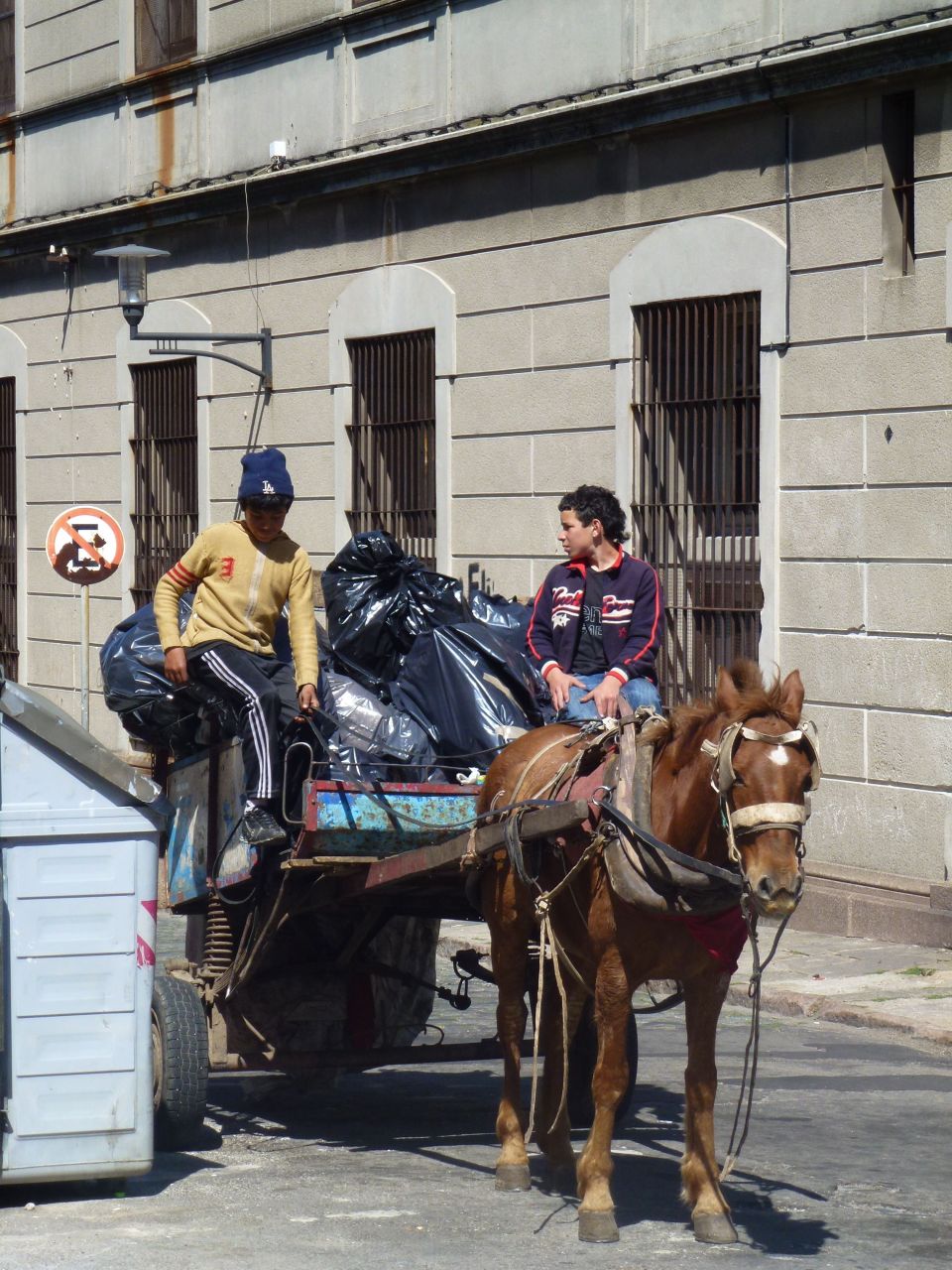 I wander through the old town, which reminds me of parts of Lisbon, but apparently also resembles Santiago de Cuba, but more than anything else resembles itself. Two boys are collecting rubbish on a horse and cart. It feels laid-back and gentle after the hectic whirl of Buenos Aires. 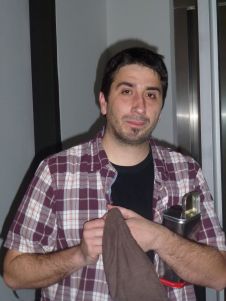 For lunch I meet the photographer and film-maker Diego Vidart and his colleague Martin Herrera. We eat in a restaurant above a very handsome bookshop. Diego and Martin have an exhibition opening today, part of an ongoing project that links Uruguay, Finland (and Wales) in a rather complex but ingenious narrative devised by Diego and which I first heard about last year in the back garden of Des Barry’s house in Cardiff. An account of the exhibition, titled Diario de un retrato can be accessed here. An unrelated, but parallel narrative can be found in David Enrique Spellman’s new novel Far South, which comes recommended by Des and which Blanco will be reviewing in due course.

The narratives that Diego, David and Des have respectively devised explore the tensions between our understanding of portraiture (and therefore of individuality), the blurred zone between biography and fiction (a favourite of Blanco’s) and the capacity of an audience to absorb and then unravel – in the manner of a detective – events which may or may not have happened. It is a fascinating exhibition based on the trope of an abandoned suitcase, a slide projector, and two simultaneous and overlapping videos, filmed in Finland and Uruguay. The show is on until the end of October. 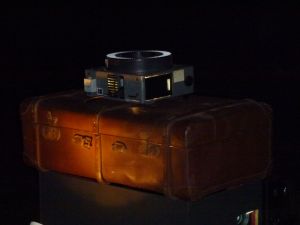 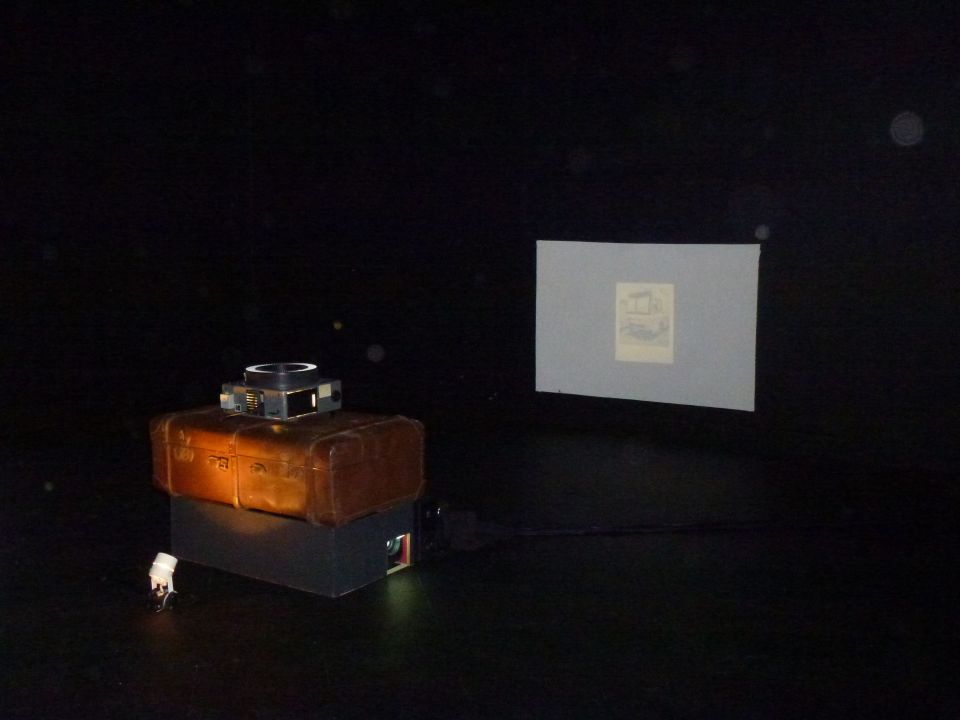 In the same square under which the exhibition takes place, there is a lovely sign, reminiscent of the one in Malcolm Lowry’s novel, Under the Volcano. In Lowry’s book the sign says:

Make sure your children don’t destroy it. 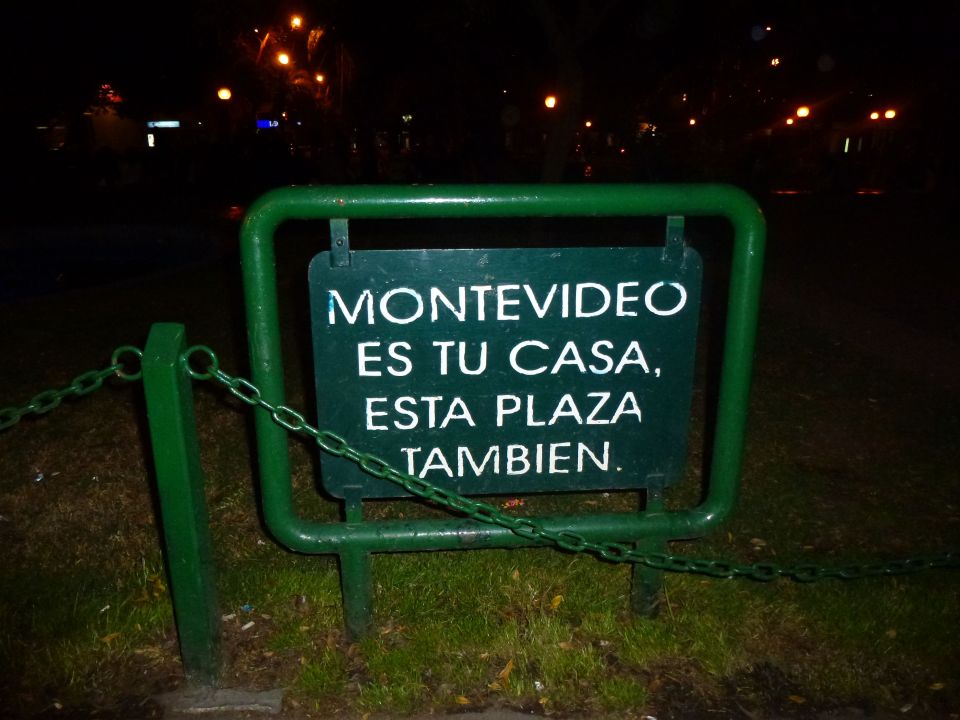 The one here says ‘Montevideo is your home: this square also’.

Uruguay and Wales: Wales and Uruguay. I can see where Diego, Martin, David and Des have found so much to share between their respective countries and I think their ongoing projects are tantalizing. The problem – if it is a problem – is that the possibilities seem endless, or rather, infinite. Outside the gallery, on the Avenida 18 de Julio, my attention is caught by a neon sign advertising a financial service called GALES. Gales, of course, is the Spanish word for ‘Wales’. I waited for the red light before taking the picture. It seems to go with the sign better than the green. 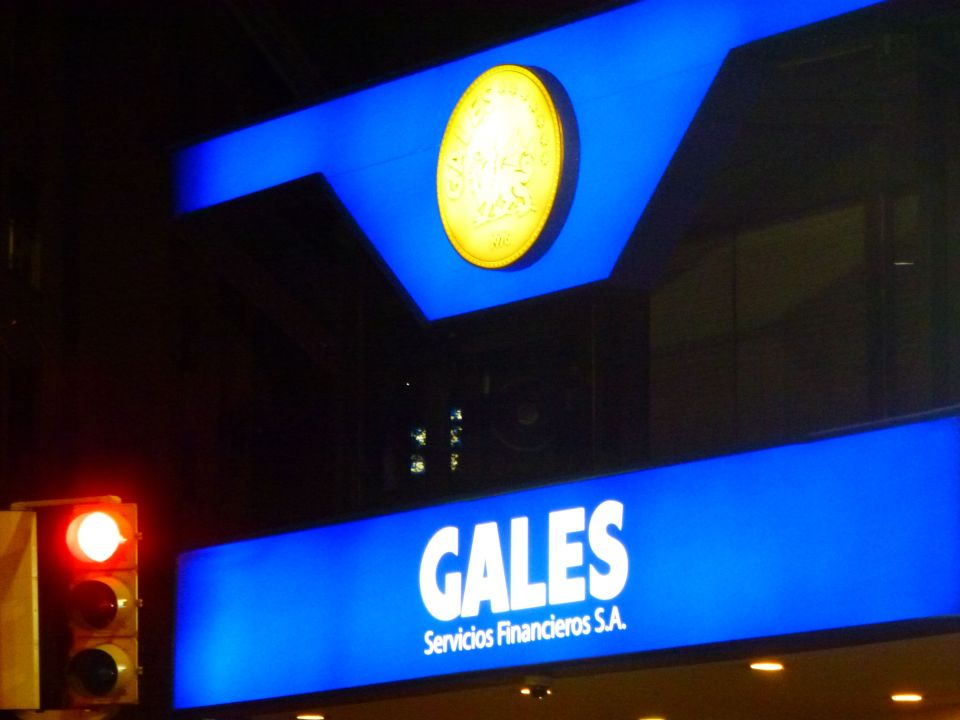 2 Comments on “A short walk in Montevideo”