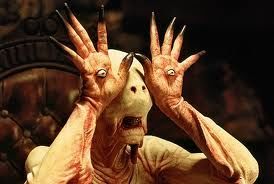 What, if some day or night a demon were to steal after you into your loneliest loneliness and say to you: ‘This life as you now live it and have lived it, you will have to live once more and innumerable times more’ … Would you not throw yourself down and gnash your teeth and curse the demon who spoke thus? Or have you once experienced a tremendous moment when you would have answered him: ‘You are a god and never have I heard anything more divine.’

What is it about Nietzsche and his infatuation with eternal return, an infatuation I seem to have acquired also?

I began this blog last July, having written myself into a hole with the novel I was working on. Writing the blog occupied the space I had dedicated to the writing of the novel, but with very different results. Thus it was that Blanco’s blog began as a displacement behaviour and quickly developed into a daily ritual. During the first few months I kept up a good pace, posting most days, and then in the new year the number of posts began to decline, although, reassuringly, the number of visitors did not drop in any substantial way.

Now almost a year has passed and I need to return to the novel that I abandoned when I started blogging. It is a case of the eternal return. Not a simple case (these things are never that simple), but definitely we have been here before. I need to pick up my tools and begin again the task I left off, as in a fairy tale.

Not that I intend breaking off from the blog altogether: no, I will continue to post, but perhaps at a less frenetic pace than when I first started out.

The blog goes on, and like everything else in nature, returns again and again to its starting place. Like Ariadne leaving her thread in the Cretan adventure, I follow the trail to the exit, finding only a sign that says ‘EXIT TO THE LABYRINTH’ (which is also the entrance to the labyrinth). The novel, the blog, the story, the labyrinth: it is all the same thing, and we keep returning here. If you wish to keep reading Blanco’s blog, you will find that this is all true.

← ‘Terra Nostra’ by Carlos Fuentes
Rommel’s tailor and my father →