Notes from a Catalan village: summer on its way

The weather has been cloudy, windy and wet for much of May – validating the Catalan proverb, Al maig, cada dia un raig (in May, a shower every day) – with just the occasional day of glorious sunshine, when we take off for a walk, just to reassure ourselves that summer is really coming. On one of these occasions, wandering round the lanes near the village, we came upon this goat, standing in proprietorial fashion in the doorway of a caravan. She stared at us as we passed, not remotely deterred by the dog, who wisely stayed away.

Spring started a long time ago now, announced by the cherry blossom in February. It always seems to me that the summer is on its way when the first shoots appear on the vines, in early April. The poppies shoot up at the same time, bestowing on the olive groves a scattering of scarlet. 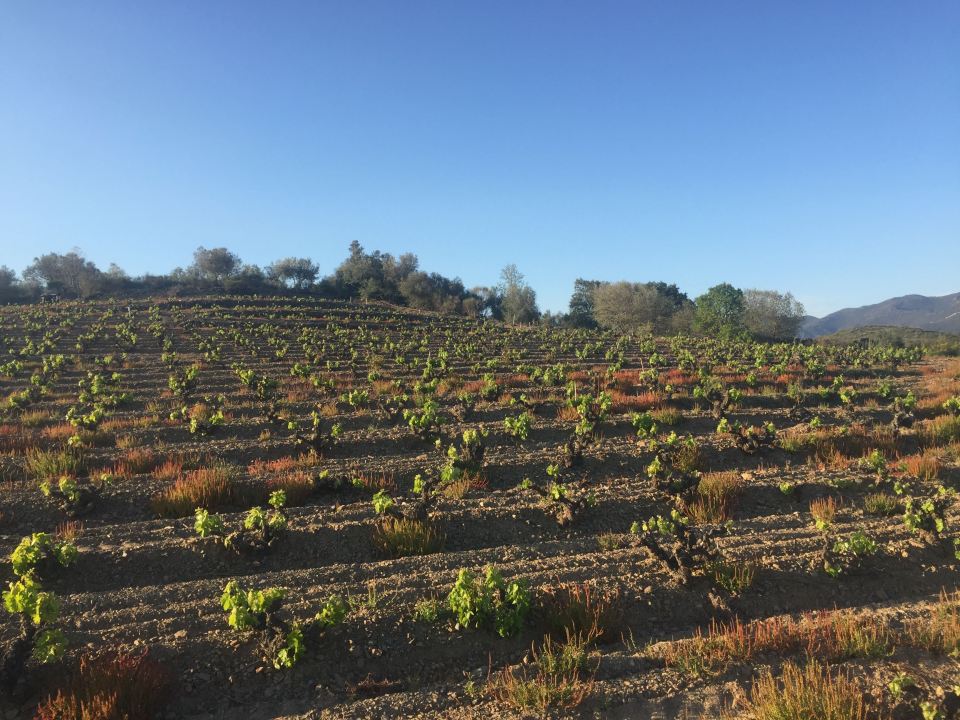 The first tourists start to appear then too, almost exclusively French at this time of year, driving in the middle of the road on country lanes, and getting lost in the medieval labyrinth of the village.

One of the walks we took a couple of weeks back was to the Santuari de la Mare de Deu, near Terrades. A half hour’s climb to a tiny chapel rewards with views of Canigou and beyond. 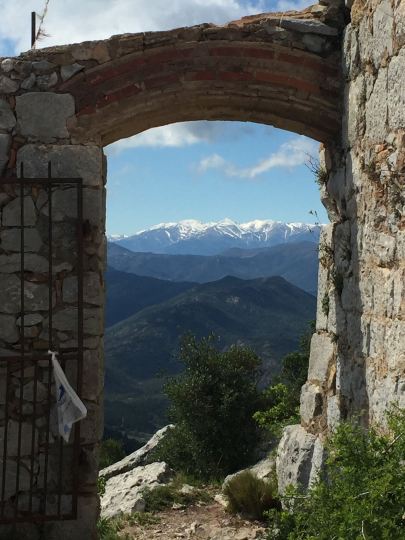 Another of my favourite places, all year round, which still provides unspoiled beaches out of season, is Cap Norfeu – named after Orpheus – on the Cap de Creus peninsula, where, if you listen carefully, you can hear strains of song from below the cliffs. But don’t venture too close. Or go stepping on any snakes. You might end up in the underworld. 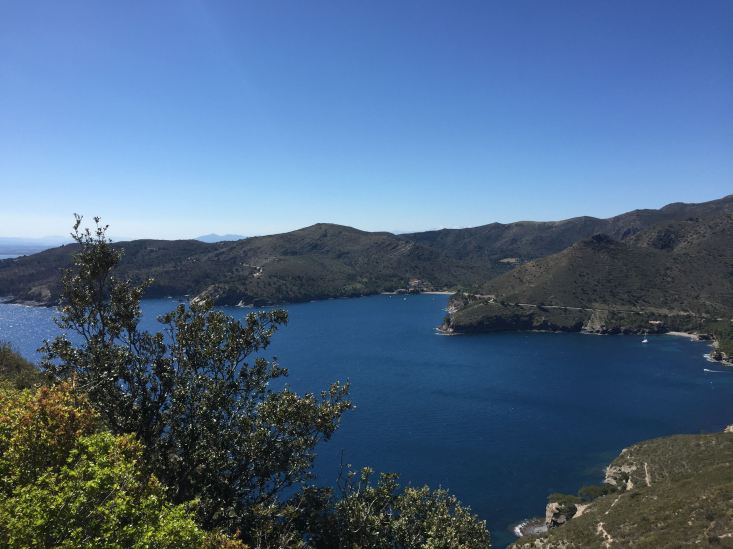 ← I kill out of rage
Hunter, White Mountains →

2 Comments on “Notes from a Catalan village: summer on its way”