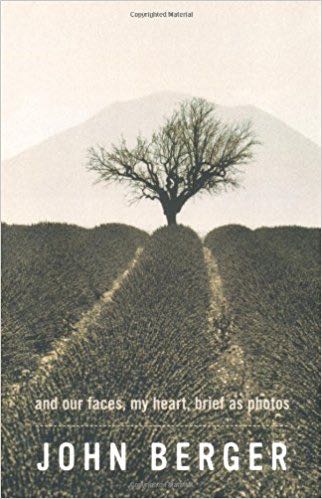 On page 29 of and our faces, our hearts, brief as photos, Berger describes a landscape that lies before him as he is raking hay in a field: a small hillock on which stand three neglected pear trees – two in leaf, one leafless and dead, the dead tree flanked by the two living ones – and behind them the blue sky with large white clouds. The sight catches his eye and, he says, it pleases him.

I have often wondered at these glimpsed moments; of observing a landscape in a state of almost absolute clarity; a mode of perception that nonetheless has something almost dreamlike about it.

Everything was shifting. The three pear trees, their hillock, the other side of the valley, the harvested fields, the forests.  The mountains were higher, every tree and field nearer. Everything visible approached me. Rather, everything approached the place where I had been, for I was no longer in that place. I was everywhere, as much in the forest across the valley as in the dead pear tree, as much on the face of the mountain as in the field where I was raking hay.

Curious about this paragraph, and remembering a phrase from an article by Geoff Dyer written shortly after Berger’s death, I look up the original 1984 interview (from Marxism Today) to which Dyer alludes. The interview closes – one gets the impression that the young Dyer is extraordinarily excited at being able to interview his hero (an impression confirmed by the later Guardian article) – with the impossible question: What do you see as the job of your life? To which Berger answers, modestly:

I don’t think I can answer that … Perhaps I am like all people who tell stories—and I often think now that even when I was writing on art, it was really a way of storytelling—storytellers lose their identity and are open to the lives of other people. Maybe when you look at their entire output you can see something that really belongs to that one person. But at any one moment it is difficult to see what the job of your life is because you are so aware of what you are lending yourself to. This is perhaps why I use the term “being a witness.” One is witness of others but not of oneself.

In order to be a witness of the kind Berger is describing, one has to be in a certain state of receptiveness in the first place. You have to be porous enough to ‘let it in’; whatever it is. In Berger’s case it was the landscape of the three pear trees on a hillock, in this instance. But it might be anything. In a post from August 2015 – Sleepwalking near the Río Orlina –  I too was struck by an otherwise unremarkable landscape, ‘a small cliff or outcrop, framed by dusty green vegetation’, and I wonder now whether I was doing something similar: sleepwalking into a physical landscape that seemed somehow to correspond with images originating in the inner world. For that is what is happening: that particular landscape comes alive because it fits into the wider puzzle of one’s life; maps onto some inner template that is ordinarily inaccessible to us, but which helps to provide a symmetry of sorts. And here’s the thing: you will probably never know why that image or that landscape fits.

To take it one step further, I wonder whether this state of being a witness, of deep immersion in – and recognition of – a locale or landscape, is akin to what is commonly known as ‘inspiration’, and that one has already to be receptive to such a state in order to enter into it. As Picasso said: “Inspiration exists but it has to find you at work.” You don’t simply happen upon inspiration. You have to be in a state of mind in which it finds you. You might be raking hay, or sitting at your desk looking though old photographs (another way of raking hay), but in some manner you will always be the observer – even the unwitting observer -bearing witness. 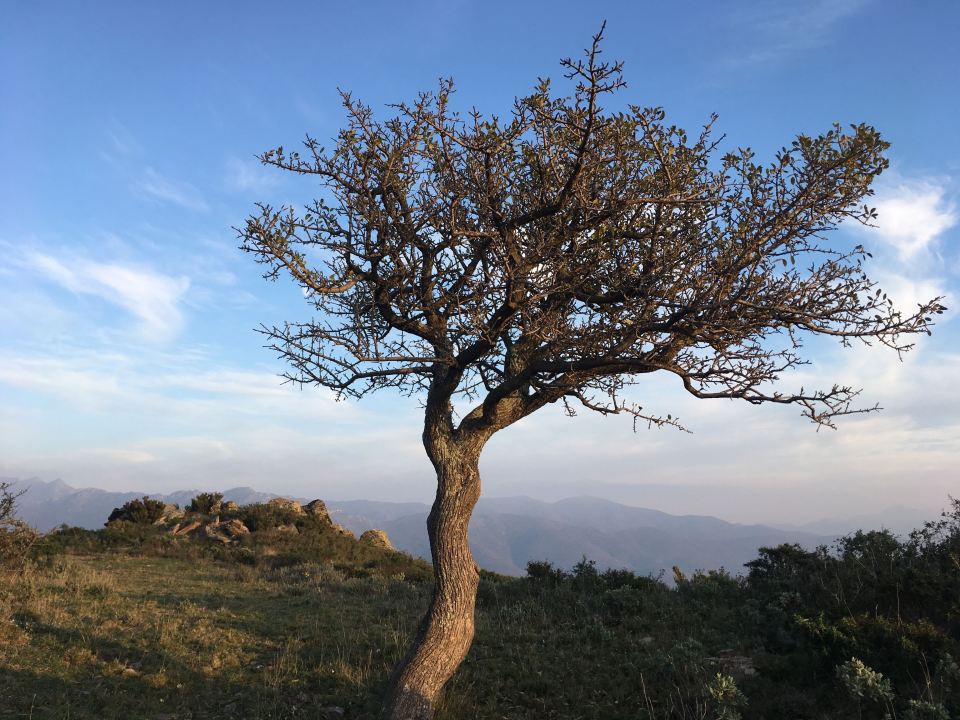