It is cold in Venice. I arrive late at night and go straight to bed. In the morning a mist hangs over the city when I go for my coffee at the corner café. Outside, a small white dog chases a blue ball around in circles. I see a derelict man, sitting hunched over on the bench in the nearby square. There are not many rough sleepers in Venice, in fact there is not normally a vast number of beggars. I sit down on the bench. The man asks me for money.  He has a somewhat battered appearance. I give him some coins. He gets up and leaves, but returns a few minutes later with a bottle. He offers me a drink, which I decline. It occurs to me that he is a character in a story I didn’t write, about a man who achieves most of the things that matter to him, then loses interest in them and goes to Venice and is reduced to sleeping rough: I could even tell him – if he were interested, which I rather doubt – that he is living my life in reverse. But I think better of it. He might not take it well. Besides, the morning mist is beginning to lift and the man is telling me an incredibly long and convoluted story about how he once achieved almost everything he set out to achieve, but then lost interest in his life, and came to Venice, but he tells the story in such a drab and uninteresting way that I drift off, begin thinking of other things, such as what I might do with the day now that the mist has lifted, and then he says something about living my life in reverse – ‘it’s as though I were living your life in reverse,’ he says, or I think he says, as I stare at some graffiti on a wall facing me: ‘Rose is a Rose is a Rose’ – and when I turn to reply to the man on the bench next to me, he is gone. 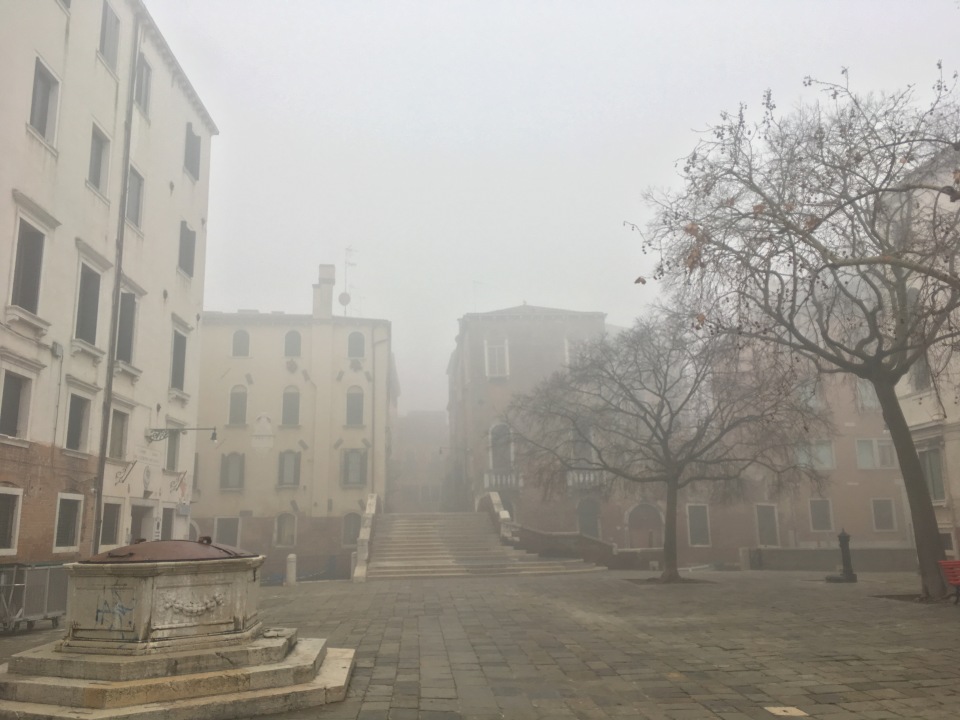 Posted on January 6, 2018 by richardgwyn