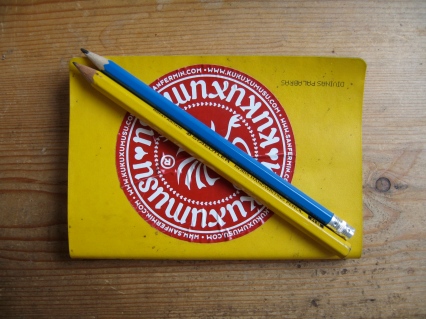 The question of whether or not to keep a diary, or journal, is one that has perplexed me, on and off, for much of my adult life. If you do decide to keep a record of the everyday, what form should it take? What should go into it? Crucially, what kind of artefact should it be: an expensive leather-bound Italian volume, or a cheap supermarket note pad? Too often, whatever its design, it dissolves into a series of injunctions; things to do, places to go, suggestions of ways to become a better person, and shopping lists.

When teaching, on the other hand, I readily recommend students to read Joan Didion’s brilliant essay ‘On Keeping a Notebook’ – but then a notebook is not quite the same thing as a diary, is it? And Didion is quite clear on the way she uses her own notebook:

‘. . . [T]he point of my keeping a notebook has never been, nor is it now, to have an accurate factual record of what I have been doing or thinking. That would be a different impulse entirely, an instinct for reality which I sometimes envy but do not possess. At no point have I ever been able successfully to keep a diary; my approach to daily life ranges from the grossly negligent to the merely absent, and on those few occasions when I have tried dutifully to record a day’s events, boredom has so overcome me that the results are mysterious at best. What is this business about “shopping, typing piece, dinner with E, depressed”? Shopping for what? Typing what piece? Who is E? Was this “E” depressed, or was I depressed? Who cares?’ 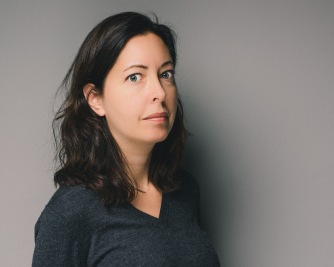 Sarah Manguso is a writer I have been pressing on anyone who will listen since discovering her in the summer, while on a residency in Canada. The writing defies easy categorisation, and is marked by a graceful minimalism. I have just finished Ongoingness, a reflection on the past, and on the diary that she no longer feels the need to maintain with the same obsessive zeal with which she began it as a teenager (and sustained for twenty-five years). With wit and admirable brevity, she succeeds in saying more in a few pages than many writers manage in a lifetime.

One of the many interesting reflections to emerges from Manguso’s book is that quality of forgetfulness that allows us to continue in the rut of accustomed thought, even when our circumstances have changed. One may even be inclined, on occasion, to forget as momentous a change as having had a baby. She writes:

‘Since the baby was born I still occasionally wonder whether I should have a baby, whether I should get married, whether I should move to this or that city I’ve already moved to, already left. All the large questions still float about me, and in its sleep- deprived dampened awareness of the present moment, my memory treats these past moments as if they’re all still happening.’

How that resonates! How often the momentous events of one’s life seem to be happening to someone else, to a distinct other or avatar, while our more familiar self goes about its business, oblivious.  Not only births, but deaths, can be dissolved in everyday forgetfulness. There are times, for example, when I think to myself that I must call my father, to tell him about something that has just happened, some small detail that will interest him – only to remember that he is no longer with us, that he died three and a half years ago.

‘I’ve never understood so clearly that linear time is a summary of actual time, of All Time, of the forever that has always been happening.’

And on the following page, this – which has happened to me also:

‘In class my students repeated what they claimed I’d said during the previous class, and, not remembering the words as my own, I found myself approving of them vaguely.’

While this latter example might be put down to simple forgetfulness, I find it hard to conceive of myself as such an inherently forgetful person, when I can, on certain occasions, remember events in their minutest detail. It is almost as alarming as when my iPhone tells me ‘You have a new memory’: only to be presented with a series of photographs taken in 2016 in a place called ‘Great Britain.’

Returning to Manguso’s book, her ‘Afterword’ considers whether or not she should have included excerpts from her quarter century of diaries in the text of Ongoingness. She decided against it, she writes, because ‘the only way to represent the diary in this book would be either to include the entire thing untouched – which would have required an additional eight thousand pages – or to include none of it. . . The only way I could include my diary in this book then, was to refer to it and then continue on.’

And this memorable line from her interview with The White Review: ‘Writing has always felt good to me. It provides an escape hatch for the internal mess.’

She also says in that interview, in answer to the question: ‘Was the process of writing Ongoingness a necessary distinction between yourself now, and the self you were recording in the diary?’ with: ‘I wrote Ongoingness to record the particular experience of losing a continuous anxiety of long duration. When I was done with it, the worry had dissipated. So, yes, there is a before and an after, but it’s the same as with all my books.’

Manguso also says that ‘Ongoingness is a book about learning to inhabit time instead of just ceaselessly documenting it’ – which might suggest that having a child presents one with the reality of someone else depending utterly on one, that one has to be constantly present and correct rather than on the periphery, recording stuff. Personally, becoming a parent made me conscious of my presence in the world more forcefully than anything else I’ve experienced.

Keeping a diary should be a gentle, rather than obsessive, pursuit. You need to record and observe with a quiet detachment rather than an obsessive appropriation. You are never going to record everything of import, as Sarah discovers in her own book: ‘I began to understand that keeping a diary was, as we say, neither necessary nor sufficient.’ She ends the interview, appropriately enough, with a quotation from Virginia Woolf’s ‘Sketch of the Past’:

‘These then are some of my first memories. But of course as an account of my life they are misleading, because the things one does not remember are as important; perhaps they are more important.’

Tags: Joan Didion, Memory, On Keeping a Notebook, Ongoingness, Sarah Manguso, Sketch of the Past, The White Review, Virginia Woolf

← Borges and the Multiverse
Tlön, Uqbar, and the girl in the moon →