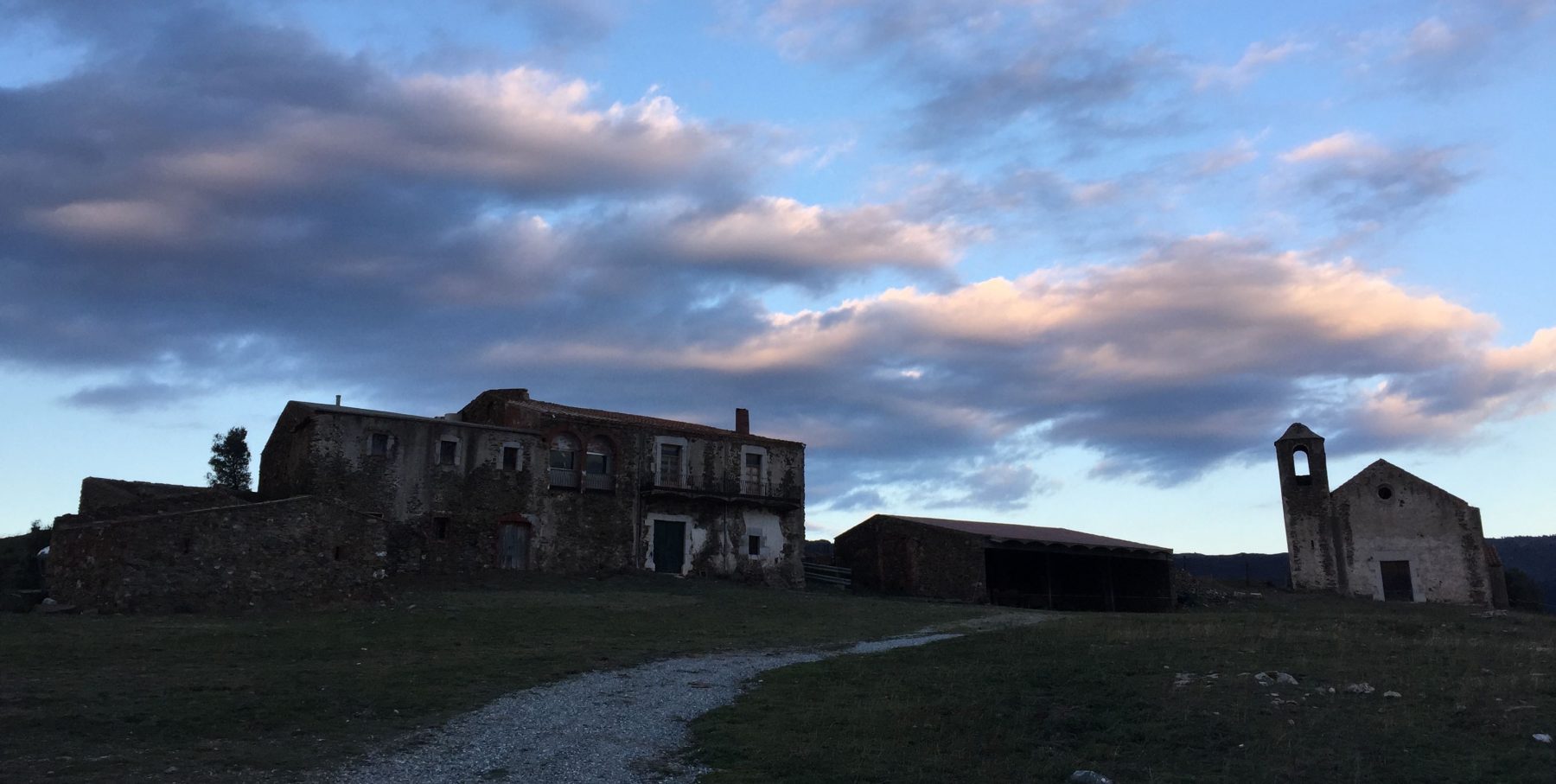 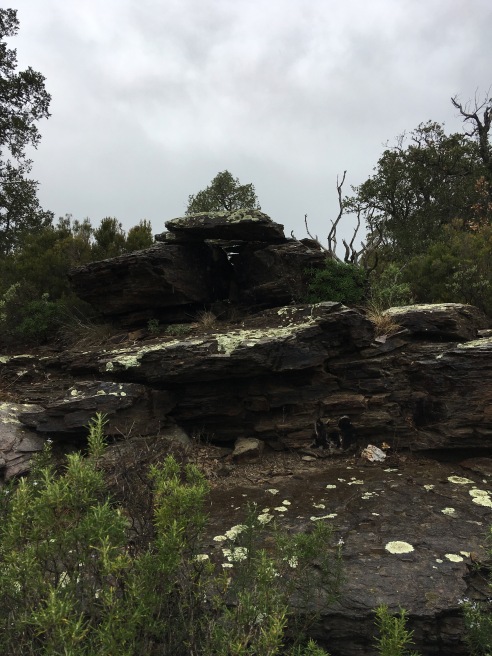 For several years, on and off, I have been trying to locate certain ‘stone sculptures’ or rock markings high in the Sierra of the Alberas, within a few kilometres of the village of Rabós. Puzzled by a signpost on a lonely track that reads ‘ESCULTURES 400m’ and finding nothing on a couple of previous excursions, I was finally led to the place by my neighbour Joan Castelló on an outing last weekend.

The rock markings are known locally as ‘les cassoletes’ – little cooking pots – as they resemble such articles in shape, and have been dug into a large flat rock just below a dolmen. The Alberas mountain range, spanning the border between France and Spain, provides a remarkable density of menhirs, dolmens and burial chambers, which suggests that the region was a busy place of passage for our neolithic ancestors, and was permanently settled from an early date. The belief is that these markings date from between around 5,000 and 3,000 years ago. There is also speculation that the carvings were done more recently, in either the medieval or modern period, but archaeologists have dismissed this idea, notably Josep Tarrùs i Gallter et al, 1998, in ‘Reflexions sobre els gravats rupestres prehistorícs de Catalunya: El cas de l’Alt Empordà’ (the article is in Catalan and can be found here). In their essay, the authors argue that the engravings are unlikely to have been made at any period other than the neolithic, since (i) there are common patterns of coherence in terms of locale and detail; the engravings are always found alongside megalithic formations (burial chambers, menhirs etc.); (ii) the techniques used in making the inscriptions are uniform across the area between Mount Canigou in France and the Cap de Creus Penisular, all featuring indents and grooves made by a hard object or chisel; (iii) the iconographic coherence: circles, cruciforms, angles, human figures and ‘cassoletes’ are found uniformly across the area. 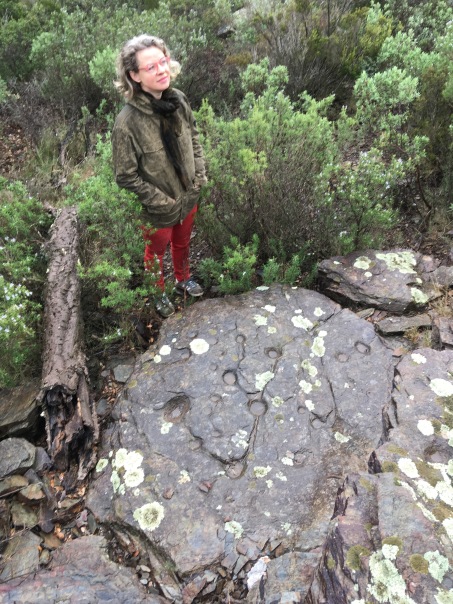 But the scholarly study is resoundingly silent on what most interests me: what do the signs on the rock represent?

Whatever we do or do not know about our Neolithic and bronze age predecessors, I cannot help but speculate on the shapes presented on the rock before me.  I do not think the sculptors of the Neolithic were any less serious in making their mark than were the cave painters of Lascaux: they represented the core matter with which their lives were concerned. Staring at the markings, I could only see them as reflections of what lay directly above: the constellations. And of one constellation in particular, which, like most people, I can usually make out even if I know very little else about astronomy, as it is one of the most clearly identifiable patterns in the night sky.

I could only see one thing when I looked at the rock, and that was a mirror image of The Plough, in the constellation of Ursa Major, The Great Bear. 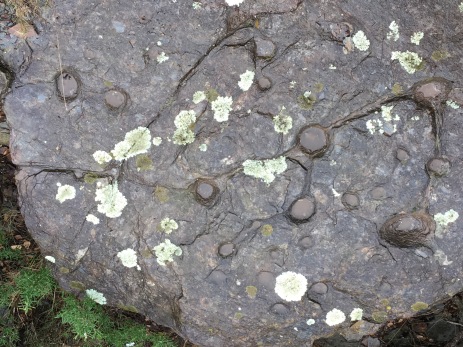 Posted on November 7, 2019 by richardgwyn 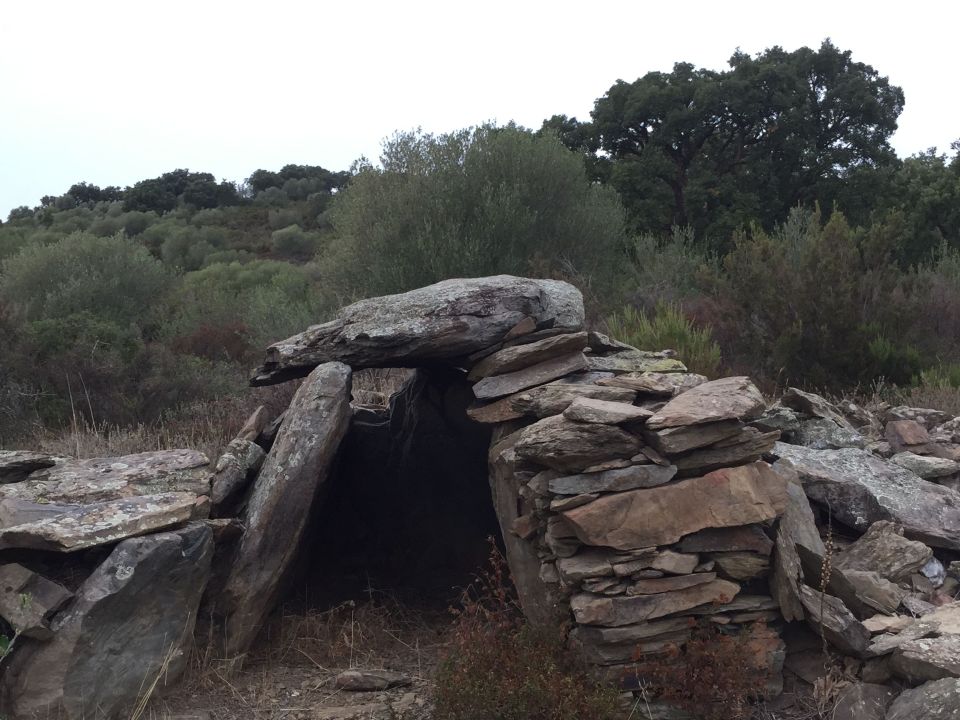 When you go in search of dolmens, or megalithic tombs, they are not necessarily where you last remember seeing them. If you remember them at all. This one never was so far, nor the path so steep, nor was that dead snake lying across the path with ominous intent: nor is it now. The spores and stones and wild boar droppings dotted with grape seed, yes: the senglars still eat grapes. That’s why gunshots ring out across the valley of the Orlina, though no one gets hurt. It was years ago you last climbed this hill, and besides, you begin to wonder, were you ever truly here, or did you start the climb to the dolmen, but never reach it, became diverted by another path, slipped away down the valley to the east? 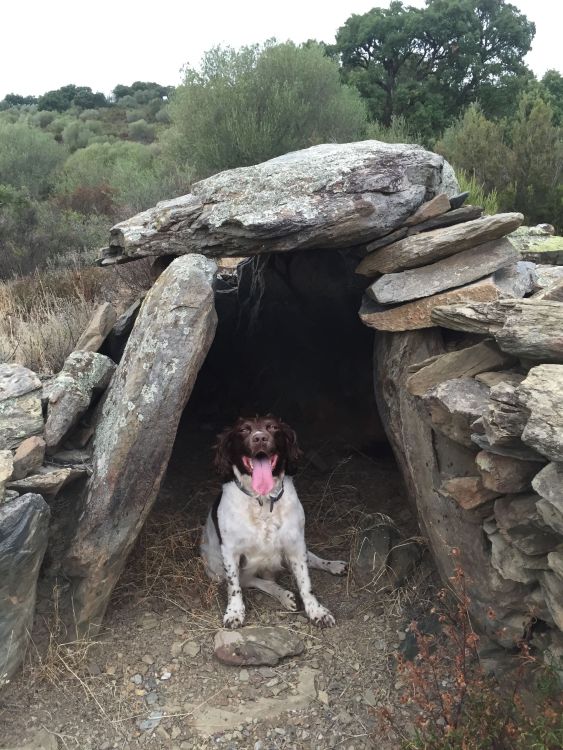 As with all dolmens – burial chambers are called dolmens hereabouts – only when you find it do you realise it could only ever have been built here, in this spot, that it occupies its space so perfectly not only because it has been here for so long, around five thousand years – but that it was created here because of the space it occupies. Habitus of the dead: perfect symbiosis with landscape. In a dig here in in 1979 they found a knife of brown silex, beads of sandstone, a turquoise pendant and several ceramic fragments. 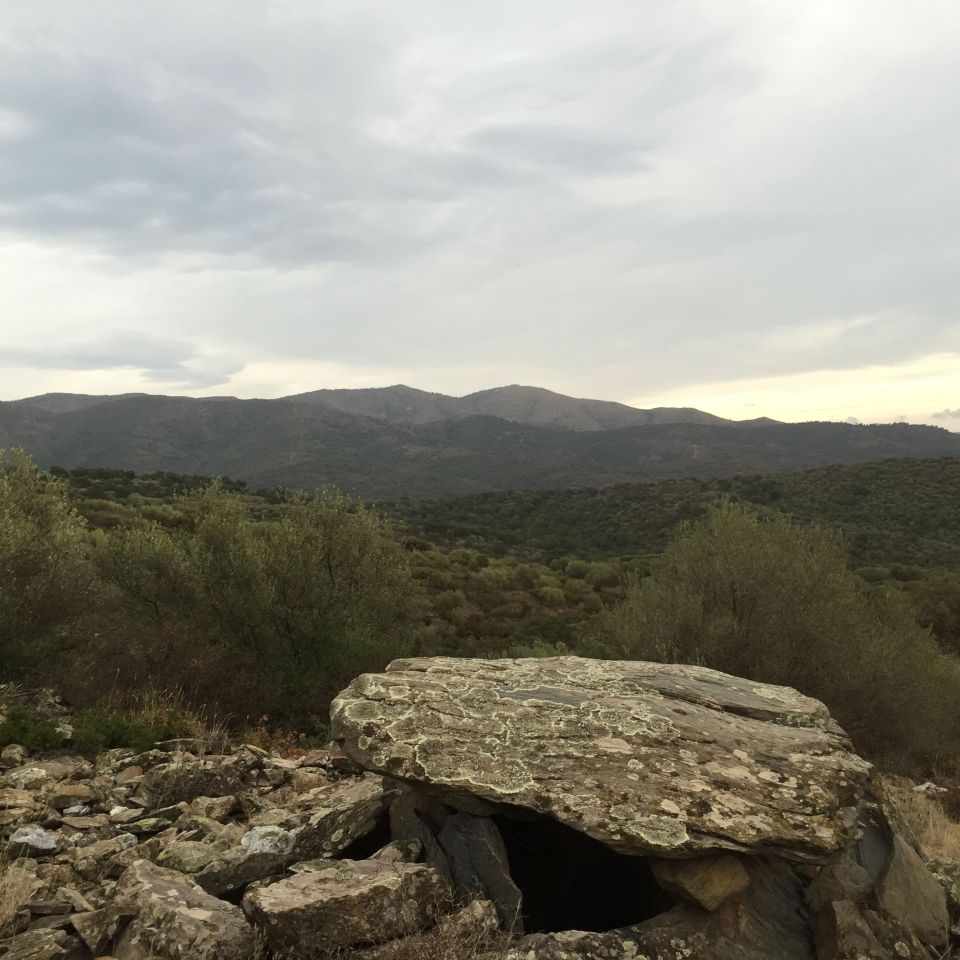 Burial chamber with view towards Cap de Creus and the sea