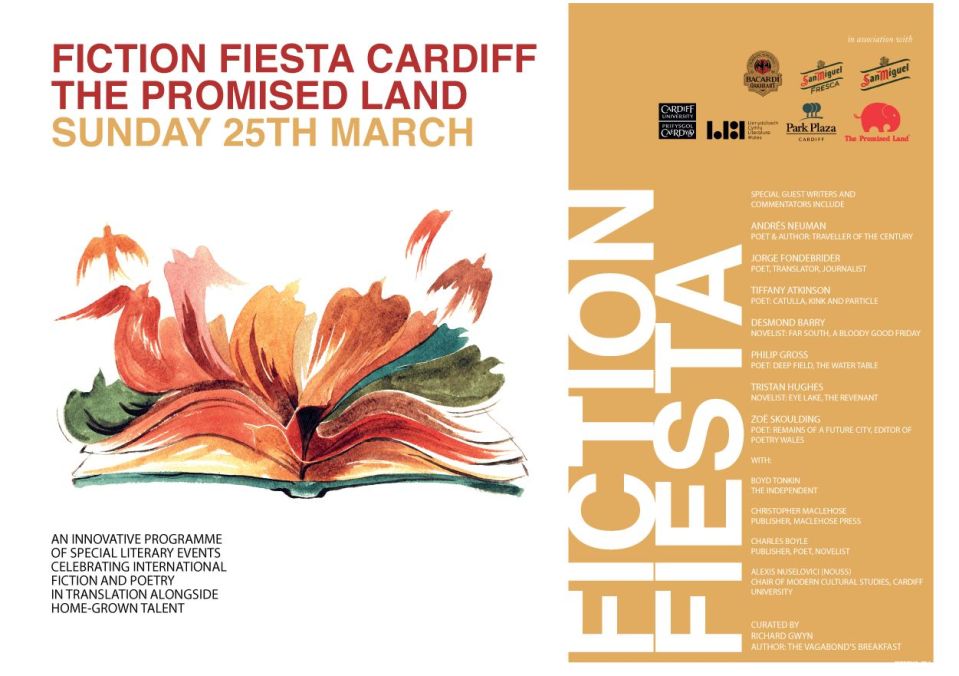 We met up in Nick’s bar, The Promised Land, to discuss literature in translation with some friends, editors, writers and such luminaries from the field of literary translation as Christopher MacLehose and Boyd Tonkin, chaired by the erudite and perennially entertaining Charles Boyle. By the end of the day I had the impression that we had achieved what we set out to do: we had talked about interesting stuff in good company; we had provided a forum for our guests to listen to and discuss literature in translation, and we had introduced to a Cardiff audience – for the first time but definitely not for the last – the prodigiously talented Argentinian novelist and poet, Andrés Neuman. More than that, most of us seemed to have enjoyed ourselves.

The day began with a reading and discussion with Andrés, who led us on a merry dance through Russian Jewish migration of the early 20th century, German Romanticism, the music of Franz Schubert, European identity in the 21st Century, an hilarious impersonation of Jorge Luis Borges, and an account of a chess game with Roberto Bolaño, in which the Chilean author plied his young admirer with whisky while playing Mexican heavy metal at full volume as a way of gaining tactical advantage.

There followed a delightful reading by the poets Jorge Fondebrider and Tiffany Atkinson, their lines bouncing off the walls with a playful (and sometimes darker) exchange of ironies.

The Fiesta was made by its participants, especially our Argentinian guests, and the fine writers who made the afternoon come alive: Des Barry, Zoe Skoulding, Tristan Hughes and the superb Philip Gross.

In the end it all went swimmingly, although  afterwards I wondered – rather like a medieval adventurer returning from the Forest of Enchantments – whether it had all been a mysterious dream. But that was probably just the lack of sleep. 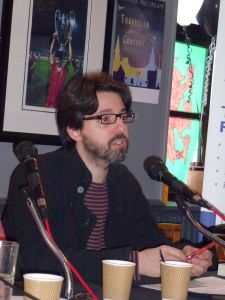 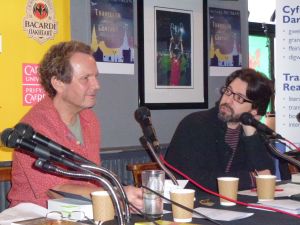 . . . in conversation with Blanco 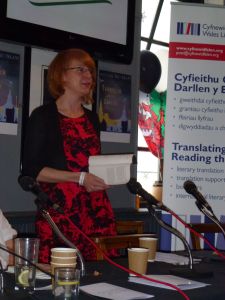 Tess and Charles take a break

← How do people live?
The Question →