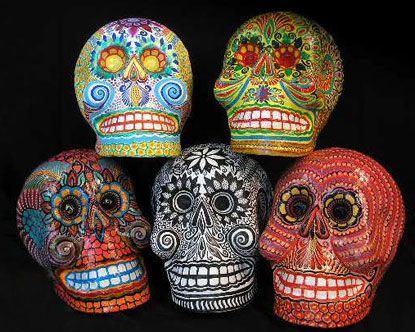 When travelling, how do we begin to learn when someone is wearing a mask, with intent to deceive, given that we all wear masks much of the time?

We all know, as Hamlet says, that ‘one may smile, and smile, and be a villain’, and so I am thinking about how one goes about making judgements in another culture with people whose ideas about what qualifies as ‘sincerity’ is, perhaps, at a remove from one’s own culturally engendered version. And how, I wonder, do ‘I’ appear, the person who passes as myself (my own current person impersonator) with my own pretensions at ‘sincerity’, when for all my interlocutor knows, I am wearing a mask too, perhaps one more efficacious in design than his or her own.

These things trouble me. Should they? And how much does any of this matter, if, as Javier Marías reminds us in his novel The Infatuations (Los Enamoramientos), we are all novice ghosts: ‘whatever we do, we’ll only be waiting, like dead men on leave, as someone once said’.

A mask conceals, but to wear death on the outside conceals nothing, nada: it only reveals what we wear on the inside, what we carry inside us – our own eventual death – because we are ‘dead men on leave’ and one cannot conceal what can never be erased. So the mask of death, the grinning skull, is a double bluff, it is a way of anticipating our status as fragile ghosts, a way perhaps of trying to con or cheat or temporarily delay Death into thinking we are already dead, so he cannot choose us, he needn’t waste his time with us. This is not the same as the rather simplistic explanation I have read in tourist guides, namely that Mexicans like to display images of death and the skull in order to familiarise and trivialise it, to make it commonplace, to deny it real significance by flaunting it through macabre displays, even to the extent of eating chocolate skulls and skeletons. That, surely, would only constitute a bluff (a single bluff). And Death would not be fooled by that, surely?

How does a people – according to Claudio Lomnitz in his extraordinary book, Death and the Idea of Mexico – come to have death as its national icon? This question was addressed at length by Octavio Paz in his seminal study on the Mexican character, or what I am coming to think of as Mexicality, which manages to carry an almost-reference to mescal, the national liquor (usurped for many years by the Jalisco version, tequila, but making a fierce comeback among the middle classes, who previously eschewed it as a poor man’s drink). It is a view corroborated in Mexican culture by the prevalence of further imagery of death: not just in the ‘national icon’, as Lomnitz would have it, but in the extraordinarily graphic pictures (which would never be publishable in a UK newspaper) that accompany headlines of the latest narco-murder, and which, significantly, also accompany the paraphernalia of Christian death – exemplified by Christ’s death on the cross – here represented in a crucifixion scene I photographed yesterday in a Coyoacán church.

A bloodied Christ, with real hair.

None of this will be new to anyone who knows anything at all about Mexico, but for me the whole symbology of death, celebrated so vividly in fiestas such as the Day of the Dead – well, all fiestas in fact, as the essence of a fiesta is to defy death, to celebrate a momentary explosion in time, thereby provoking an attraction of opposites: the fiesta beckons death by celebrating life with fanatical and joyous hubris – is a topic definitively at odds with our Western denial of death, our sterilising and alienating distancing of everyday life from any possible contact with the unspeakable void that death represents.  But these are only preliminary thoughts on the topic, to which I may one day return.

At the Festival of the Book and the Rose, which I attended yesterday, as a guest of the Periódico de Poesía, the celebrations were adjusted at the last minute to make way for an homage to Gabriel García Márquez, pictured below, on a placard, flanked by yellow roses. I also learned that the University (UNAM) is home to 325,000 students: the same population, give or take a few dozen, as the city of Cardiff.

Poem stuck on wall lamenting the excess of celebration over Octavio Paz Centenary.

Inglaterra? Really? A tragic misallocation of nationality or a simplification for the geographically challenged?.