Day of the Dead in Santiago de Chile 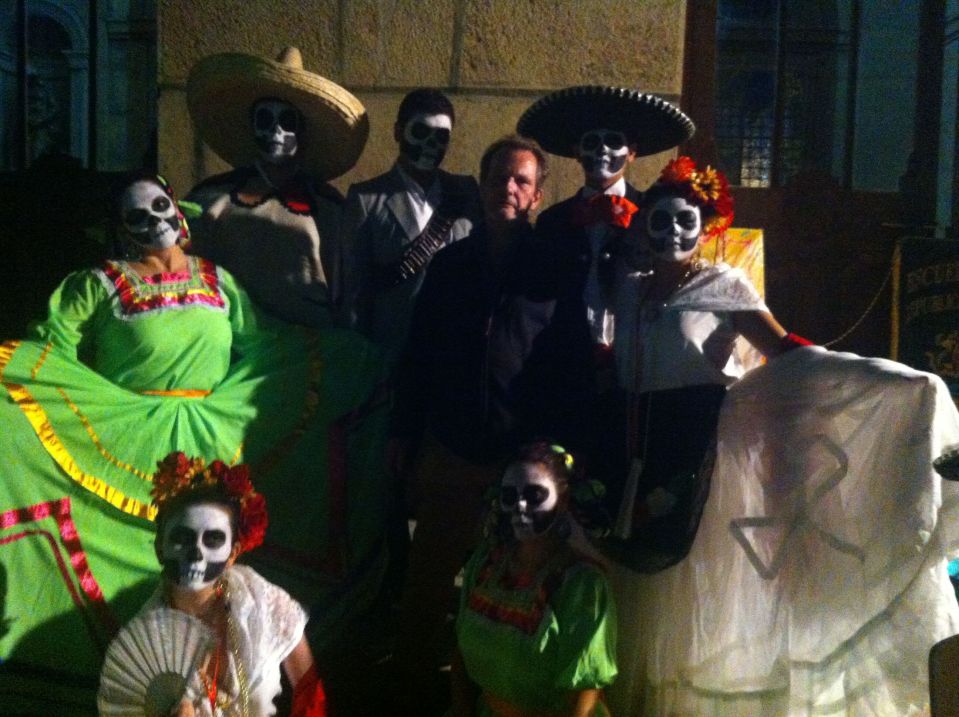 At the kind invitation of the Mexican Embassy in Chile we attend a Halloween celebration in the municipal cemetery of Santiago. Having arrived in the Chilean capital only a couple of hours earlier, it is as if I have been suddenly and unexpectedly returned to Mexico. There are speeches by ambassadors, civil dignitaries and other big cheeses, and displays of cultural artefacts relating to the Day of the Dead, the usual paraphernalia of skulls and trinkets and macabre dolls, some of them edible.  Gradually the dead appear among us, filtering through the crowd: a young married couple, a family group, and a very elegant group of dancers from Guadalajara. After music and dances, we are led on a candlelit tour of the cemetery, which holds the earthly remains of the most illustrious figures in Chilean history, including Salvador Allende, whose leftist government was crushed by the military of General Pinochet in the coup of 1973, and who died in circumstances which still remain unclear – and so will remain until the end of time. Time which, as the Mexicans know so well, passes too rapidly for us, until we too join the great silent hordes of the deceased, who once a year mingle with us, are permitted to sit at table and witness earthly pleasures, to sing and dance and drink tequila, and to envy the living; while we look on with a mix of terror and fascination at these spectral figures, so elegant in their finery, yet so devoid of substance, knowing that we will one day be them; that in a certain sense, we already are. 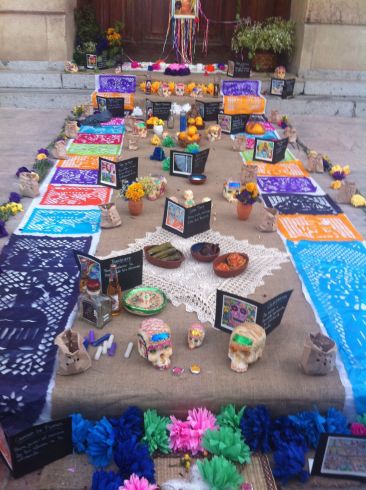 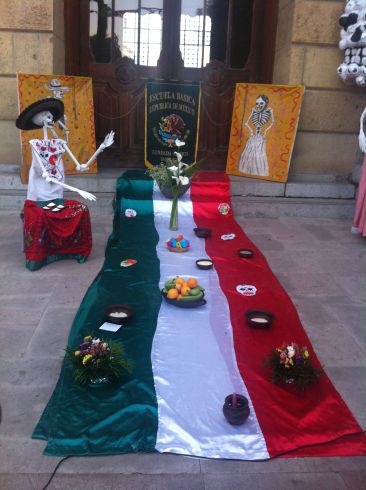 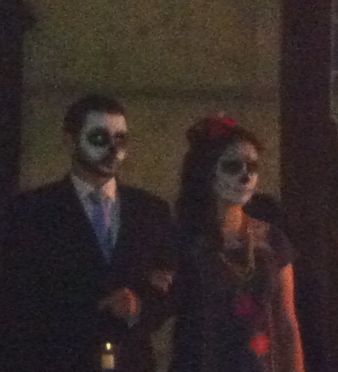 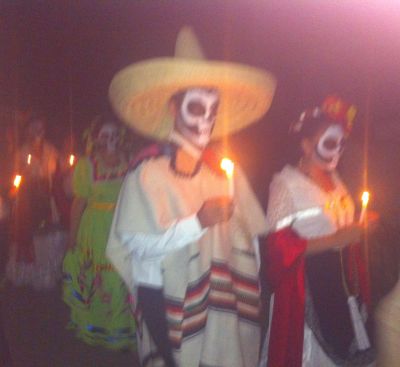 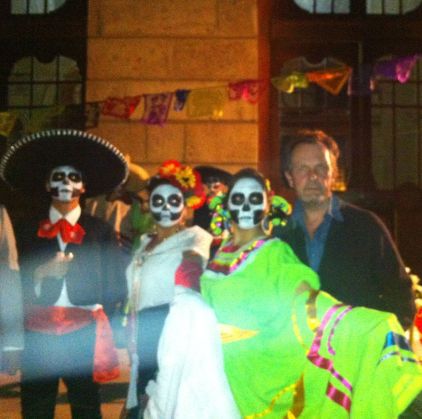 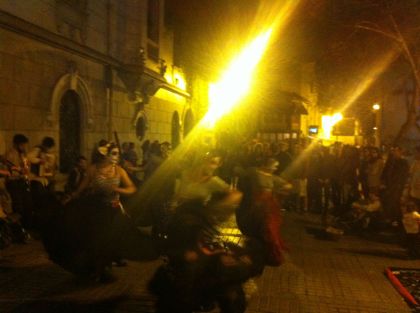 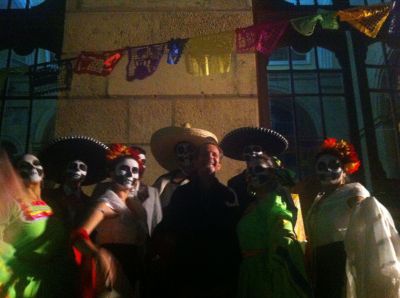 Posted on November 1, 2014 by richardgwyn

← The use and abuse of similitude: the case of Pnin (continued)
The things we leave behind →

One Comment on “Day of the Dead in Santiago de Chile”