‘Stories can wait’: Mavis Gallant and taking your time over reading 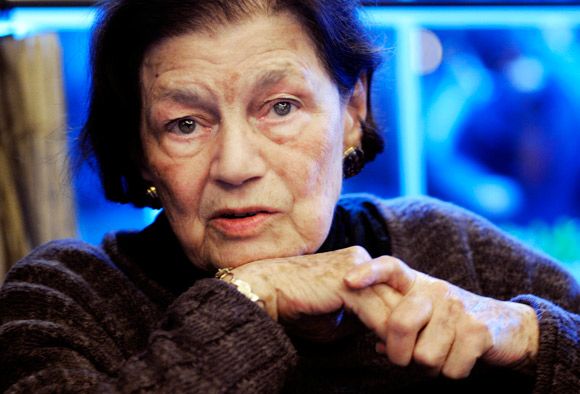 I have taken my time reading the Paris Stories of Mavis Gallant, which is what she would have liked. But coming to the end of the book (in the elegant NYRB edition with Gallant’s own afterword) I am left with profound and persistent impressions.

The first is of a writer utterly committed to her craft. In her afterword she cites Beckett, who on being asked by an interviewer why he wrote, responded that he was ‘bon qu’a ça’ – no good at anything else. She herself wrote – as cited in Michael Ondaaatje’s excellent introduction: ‘Like every other form of art, literature is no more and nothing less than a matter of life and death.’

Gallant, who was born in Canada but spent most of her life in Paris, dying there last year at the age of 91 – achieves some remarkable things with these short stories, which largely describe the lives of Anglo-Saxon residents in Paris and on the Riviera during the 1940s and 50s. The finest of these, ‘The Moslem Wife’ and (especially) ‘The Remission’ manage to pull off the difficult task of presenting a story from the point of view of different protagonists – major and minor – with a seamless fluency, so that one barely notices the shift in free indirect style. Ondaatje comments neatly on ‘the ability to slip or drop into the thought processes of minor characters, without any evident signalling of literary machinery.’ The stories are populated by defiant, complex characters, who live and breathe within the reader’s imagination rather than sit inside the story as if placed there for the author’s convenience.

In ‘The Moslem Wife’ a young Englishwoman, Netta, is abandoned by her feckless husband, Jack, in their coastal home in the south of France just before the Second World War, forcing her to endure the hardships of the successive Italian and German occupations with her half-demented mother-in-law and a rabble of misfit neighbours. Here Gallant presents a succinct and poignant portrait of the wayward Jack, just before he leaves:

‘The plot of attraction interested him, no matter how it turned out. He was like someone reading several novels at once, or like someone playing simultaneous chess . . . At night he had a dark look that went with a dark mood, sometimes. Netta would tell him that she could see a cruise ship floating on the black horizon like a piece of the Milky Way, and she would get that look for an answer. But it never lasted. His memory was too short to let him sulk, no matter what fragment of night had crossed his mind. She knew, having heard other couples all her life, that at least she and Jack never made the conjugal sounds that passed for conversation and that might as well have been bowwow and quack quack.’

In ‘The Remission’ Alec Webb uproots from his life in England and goes to the south of France to die, but spends an unexpectedly long time doing so. The new Queen Elizabeth II is crowned and the family and neighbours gather to hear the radio transmission of the coronation. Still in his sickbed, Alec had ‘dressed completely, though he had a scarf around his neck instead of a tie. He was the last, the very last of a kind. Not British but English. Not Christian so much as Anglican. Not Anglican but giving the benefit of the doubt. His children would never feel what he had felt, suffer what he had suffered, relinquish what he had done without so that this sacrament could take place. The new Queen’s voice flowed easily over the Alps – thin, bored, ironed flat by the weight of what she had to remember – and came as far as Alec, to whom she owed her crown.’

Barbara takes a lover named Wilkinson, who wears a navy blazer and acts as unofficial chauffeur to the elderly expats on the Riviera. Gallant has the type off pat:

‘If he sounded like a foreigner’s Englishman, like a man in a British joke, it was probably because he had said so many British-sounding lines in films set on the Riviera. Eric Wilkinson was the chap with the strong blue eyes and ginger moustache, never younger than thirty-four, never as much as forty, who flashed on for a second, just long enough to show there was an Englishman in the room. He could handle a uniform, a dinner jacket, tails, a monocle, a cigarette holder, a swagger-stick, a polo mallet, could say, without being an ass about it, “Bless my soul, wasn’t that the little Maharani?” or even, “Come along, old boy – fair play with Monica!” Foreigners meeting him often said, “That is what the British used to be like, when they were still all right, when the Riviera was still fit to live in.” But the British who knew him were apt to glaze over . . .’ and later: ‘Most people looked on Wilkinson as a pre-war survival, what with his “I say’s” and “By Jove’s,” but he was really an English mutation, a new man, wearing the old protective coloring. Alec would have understood his language, probably, but not the person behind it.’

The subtleties of Gallant’s writing are not limited to her descriptive powers, nor to her portraits of men adorned with clipped accents and cravats, however. Not by any means. In both these stories the central characters, and major focuses of narration are the women who strive to make their lives work in spite of the men they are with, and the hardships they face through isolation, snobbery or simple loneliness. Towards the end of ‘The Remission’ the point of view shifts to Molly, Barbara’s daughter, as she attends Alec, her father’s, long-awaited death; and who at fourteen acknowledges, through observing her mother’s life, that ‘There was no freedom except to cease to love.’

Short stories like these – and several of them are not at all short – require time to read and savour. You cannot hurry through them, nor read more than a couple at a time, maximum. As Gallant herself writes in her Afterword: ‘Stories are not chapters of novels. They should not be read one after another, as if they were meant to follow along. Read one. Shut the book. Read something else. Come back later. Stories can wait.’

Posted on September 9, 2015 by richardgwyn

← Information overload on the beach
How long is a piece of string? →

3 Comments on “‘Stories can wait’: Mavis Gallant and taking your time over reading”