How long is a piece of string? 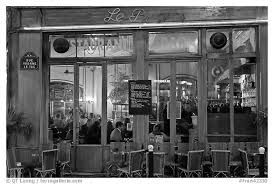 Or how long should a piece of writing be? Reflecting on this, in relation to a piece I am working on, I haphazardly check into an article in The New Yorker and am reminded by John McPhee that “ideally, a piece of writing should grow to whatever length is sustained by its selected material—that much and no more”. He is talking about non-fiction, but of course the same applies to poetry or to fiction: some might say it is even more crucial that fiction writers learn how to discern what length can be reasonably sustained by the selected material so as to avoid rendering the reader senselessly bored. Why, as Borges asked – and I often ask myself – succumb to the laborious and impoverishing madness . . . “of composing vast books—setting out in five hundred pages an idea that can be perfectly related orally in five minutes.”?

And while on the subject of contraction, here’s a lesson to learn about how to save time in storytelling by presenting several ideas at once. In Mavis Gallant’s short story ‘Grippes and Poche’, her protagonist, the solitary and sardonic writer, Grippes, witnesses a quartet of plain-clothes police beating up a couple of pickpockets, and escapes into a café. He has been out to collect some offal from the butcher’s to feed his cats. Rather than have Grippes ‘find’ his idea about realism – or ‘writing about real life’ – while seated at the café reading a newspaper; or even allowing the thought to present itself to him through internal monologue, reverie, or conversation with a literary adversary, Gallant allows her character to discover it on the newspaper in which the butcher has wrapped a sheep’s lung.

Returning on a winter’s evening after a long walk, carrying a parcel of sheep’s lung wrapped in a newspaper, he crossed Boulevard de Montparnasse just as the lights went on – the urban moonrise . . . Grippes shuffled into a café. He put his parcel of lights on the zinc-topped bar and started to read an article on the wrapping. Someone unknown to him, a new name, pursued an old grievance: Why don’t they write about real life any more?

Because to depict life is to attract its ill-fortune, Grippes replied.

And that ‘attracting of ill-fortune’, uttered to no one in particular by a man reading from a newspaper in which rests a sheep’s lung, while outside – in the ‘real’ world – the police exercise some casual violence on a couple of petty criminals, achieves a marvellous contraction of idea and imagery, without spoiling the effect by any explanation or commentary.

← ‘Stories can wait’: Mavis Gallant and taking your time over reading
Burial chamber →

2 Comments on “How long is a piece of string?”