Where are the others, Señor British Citizen?

Landing at Bogotá must be quite challenging for an airline pilot. The city is on a plane high in the Andes, and both times I’ve landed here we’ve come down with a bump. Lonely Planet online warns its readers: “Bogotá is at 2640 meters, slightly above 8300 feet. Altitude adaptation takes time – the first day or two, take it easy.” By taking it easy, do they mean one should walk more slowly than usual? I will attempt a slow walk up to the shopping centre from my hotel, where I am being hosted by the cultural programme entitled Las Líneas de su Mano – where we will perform our work and discuss translation. But first I must get a cheap phone. As I leave the hotel a bicycle courier crashes his bike into the kerb and falls headfirst over his handlebars. He looks shaken, but claims to be OK. In the phone shop the young man with the complicated haircut takes my passport and photocopies it. When he returns with my purchase order, I have a new name: Richard British Citizen. Since Spanish surnames are composed of two parts: the father’s and the mother’s surnames respectively, I guess they must have thought my dad was called British and my mother, Citizen. It kind of makes sense. As much as anything makes sense. Walking back from the phone shop a youth darts into the traffic without looking, causing a truck to brake and swerve across the road. The weather is cloudy and the air is thin. It rains for ten minutes, then stops. The sun is far away, behind the clouds, beyond the mountain peaks. 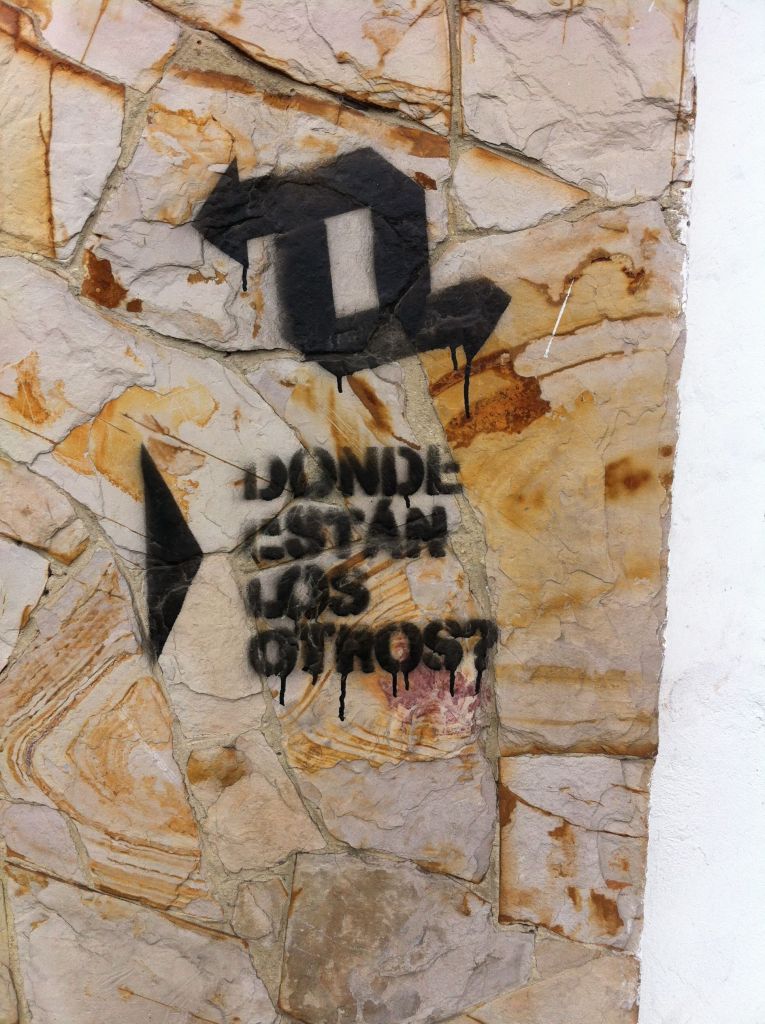 Walking back to the hotel I see a piece of graffiti: ¿Donde están los otros? Where are the others? Indeed, where are they? Have they crashed their bikes, or been run over by a truck? Or are they just late in arriving, because they have to walk so very slowly. Just as well we are not in La Paz, whose altitude is over 4,000 metres. People there would walk really slowly, were it not for the fact that there is always a helpful street vendor to hand, selling coca leaves, which, I am assured, help with respiration.

Posted on September 2, 2014 by richardgwyn

One Comment on “Where are the others, Señor British Citizen?”