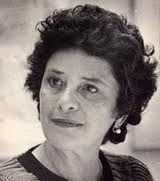 Claribel Alegría, who was born in Nicaragua in 1924, but raised in El Salvador, beginning a life of exile that included Chile, Mexico, Paris and the island of Mallorca, is a poet heavily influenced by the revolutionary struggles of the Central American peoples against the dictatorships of the middle and later parts of the twentieth century. She was closely associated with the Sandinista movement in Nicaragua, and after the overthrow of the Somoza regime, she returned to that country in 1985 to help in the reconstruction process (which has since gone so badly wrong under successive, corrupt regimes, including that of Daniel Ortega). In her assessment of the poet, Marjorie Agosín has written of the ‘multifaceted work of Alegría, from her testimony to her verse . . . In this woman’s furious, fiery, tender and lovesick words, the marginalized, the indigenous recuperate spaces, resuscitate their dead, and celebrate life by defying death.’ While many of the early poems focus on the revolutionary conflict, Alegría has also written numerous love poems, as well as novels and children’s stories. As a feminist, writing of the marginalized lives of Central American women, her work has emphasized the restorative power of collectivity and continuity.

Towards the Jurassic Age

Someone brought them to Palma

they were the size of an iguana

and they lived off insects

The climate suited them

and they began to grow

they moved on from rats

more than an occasional donkey

children left to roam the streets.

All the drains were blocked

and they turned to the open country

they knocked down walls

that blocked the roads

but they jumped over the landslides

and now they are in Valldemossa

they killed the village doctor

and ran away to hide.

the latter have a kind of uniform

military caps that perch on their crests

but both sorts are dangerous

they wolf down plantations

and have fleas the size

they scratch themselves against the walls

and houses fall down.

Now they are in Valldemossa

and they can only be stopped

but no one can stand the stink

when one of them dies

and the people complain

and there’s no way

I am writing this letter on my birthday.

When I was a little girl,

I would wait for it impatiently

I would get dressed up in my best

and go on the street to tell the world.

I can still see it,

you playing chess with Grandfather.

At first your visits were infrequent;

began to lose its timbre.

And you would insist

and didn’t respect the humility

of his sweet nature

and of his shoes.

Afterwards you courted me.

I was just a teenager

and you with that face that doesn’t change.

You befriended my father

in order to get to me.

waiting for the end.

drifted around the furniture

And there was someone else,

you were signalling to him.

and paused for a moment to study me

I forbid you to return.

Every time I see you

I have loved another for years now

and your offerings don’t interest me.

Why do you always wait for me

in the mouth of sleep

Your greeting is a locked room.

I saw you the other day with the children

I recognised the suit:

the same tweed as back then

when I was a student

and you were a friend of my father’s.

I tell you again.

Don’t hang around any more

You will frighten the children

and the leaves will fall:

I have seen them.

What is this all about?

You are having a quick laugh

with that everlasting laughter

and you will keep on

trying to force a meeting with me.

all lost in your pupils.

Nothing will stop you winning.

I knew it at the start of my letter.

Translations from the Spanish by Richard Gwyn, first appeared in Poetry Wales, Vol. 46 No. 3 Winter 2010/11.

Posted on October 4, 2011 by richardgwyn